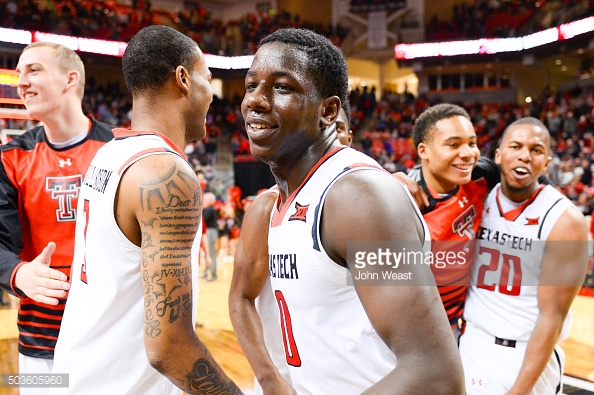 Three games into the Big 12 conference basketball schedule, the Red Raiders have a 1-2 conference record. That may not sound promising, but don’t kid yourself, this Red Raider team is good, really good. In fact, this is the best Red Raider team since the Bob Knight years. Saturday night, the Red Raiders hung with the #1 Kansas Jayhawks for 38 minutes before the Jayhawks were able to pull away with a couple of minutes remaining in the game. Until that game, I questioned how good this team was. After watching them get the better of Kansas for a couple of long stretches, I am convinced they are good enough to get into the NCAA tournament. Prior to the season, I thought the NCAA tournament was a pipe dream and would have been satisfied with an NIT bid, but now I feel like an NIT bid would be a letdown.

My midseason prediction: Ultimately, at the end of the regular season the Red Raiders will be a bubble team. Then an NCAA tournament bid hinges on their performance in the Big 12 tournament. If they can win at least two games in the Big 12 tournament, they will get to the Big Dance. I think they get it done. I don’t know why or how, but I just have a feeling about it. For the first time in a long time, it is really fun to watch a Red Raider basketball team….maybe that’s why I am inclined to think they get it done.