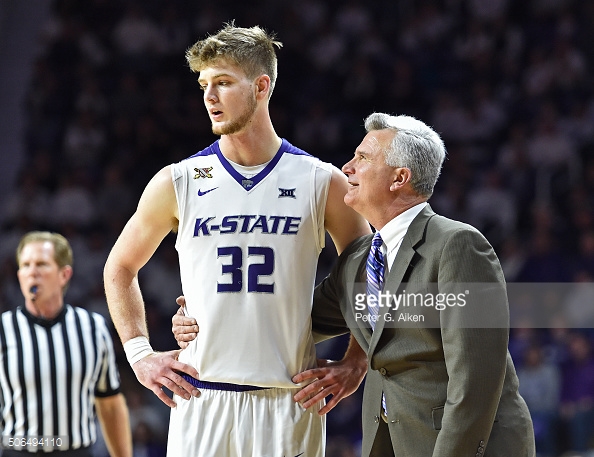 The Wildcats have a difficult road ahead of them as they hope to secure an NCAA Tournament bid come March. On Tuesday, Bruce Weber and company traveled to Morgantown, West Virginia to face Bob Huggins and the Mountaineers. When these two teams first met back on Jan. 3, the Mountaineers narrowly escaped the Little Apple in a two overtime thriller. While many Wildcat fans were hoping for some revenge, they were left with disappointment as the Purple and White were defeated 55-70.

Road games in conference play should never be taken for granted, especially in a year where the Big 12 is one of the deepest in all of college basketball. With that being said, I knew leaving Morgantown with a win would be a tall task for the Cats. The troubles began early as K-State struggled with turnovers and couldn’t really find an offensive rhythm. Shooting only five percent from three point range and turning the ball over 19 times, the Cats never had much of a chance in this one.

With the loss, the Wildcats currently sit at 12-8 with a brutal schedule ahead featuring two games against the rival Jayhawks. But, I’m not ready to write off this team just yet. On Saturday, the Cats shot the ball at nearly 58 percent against Oklahoma State and put on an offensive display while coming away with an 89-73 victory. The Cats have the ability to catch fire offensively, and now it’s just a matter of finding that consistency. While the strength of the Big 12 has proven to be a nuisance for K-State this season, it could also be the ticket to the tournament. The Big 12 currently boasts the best RPI in the entire country, and a few big time conference wins would provide a huge boost to the Cats’ resume.

The 2-6 conference record is definitely concerning, but it hasn’t been all gloom in Manhattan. The losses that came against Baylor and Texas were nail biters, and we shouldn’t forget that the Cats gave North Carolina a run for their money early in the season. In addition, the Wildcats have some young players that have a promising future. Freshmen Dean Wade, and Kamau Stokes have both averaged nearly 10 points a game, and seen more minutes than I expected this season. With the departure of several players from last season, Bruce Weber is working with a rather young team that is struggling to find it’s identity. As many K-State fans expected, this season has had its fair share of bumps in the road.

There is no doubt about it, the loss in Morgantown was tough one for the Cats as they are still searching for ways to boost their resume as the season is quickly passing by. There is, however, still hope, if the Cats can find their offensive rhythm. The Big 12 is an absolute powerhouse this year, and there is no telling how it may play out. I urge K-State fans everywhere to remain calm and let the season ride it’s course. This isn’t a bad team, and its record doesn’t accurately reflect the amount of work that has been put in this season. There is no doubt in my mind that this team will continue to improve each game and come Selection Sunday … you may very well hear Kansas State’s name called!