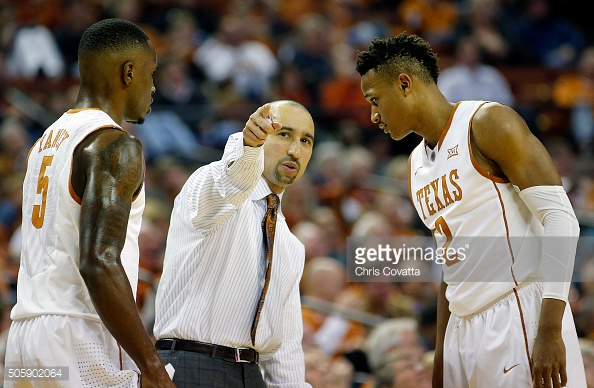 Through 18 games the University of Texas is 12-7, two games worse than last year. According to Ken Pomeroy, the teams point differential is worse than the 2015 Longhorns. Despite hiring Shaka Smart, a coach known for his rapid pace, the Longhorns rank lower in tempo, 300th last year and 321st this year. Statistically, the past two seasons resemble each other. However, Smart’s succeeding as coach. He shifted the basketball narrative in Austin. A recent unaccountable and discouraged program is now a vibrant and promising. He’s facing an unwinnable battle coaching at Texas – and winning. Statistics aside, Smart should be Big 12 Coach of the Year.

Numbers dominate basketball, especially now more than ever in this current phase of the sport. Technological progressions spurned box scores for ”advanced analytics.” No longer do points, rebounds and assists determine the quality of a game. Effective field goal percentage, defensive rating and a surplus of other metrics evaluate performances. But, numbers tell an incomplete story.

Certain components are immeasurable. A stat doesn’t exist to determine leadership ability, only eye tests or word of mouth convey the attribute. Emotional intelligence is interpersonal, not data driven. Coaching is about leading, communicating and maximizing talent, which Smart is excelling at this year.

Eleven games into the season, starting center Cam Ridley injured his foot, leaving him unable to play till March. Early season optimism seemingly vanished, even to players on the team. “I remember me trying to cheer up Isaiah,” Smart said to Kirk Bohls of the Austin American-Statesmen.

In the next few games the team looked much worse without Ridley, losing to TCU and Texas Tech, bottom dwellers in the Big 12 basketball rankings, and barely beating Kansas State. Smart’s relentless positivity and confidence infusing style broke through. The Longhorns beat No. 17 Iowa State, No. 6 West Virginia and led at half against No. 3 Kansas in Phog Allen Fieldhouse. Eight games into conference play, Texas is one game out of first place, a place unimaginable in the pre-season.

Credit the players for resiliency in a situation where folding seemed likely, but the positive attitude starts with Smart. “Since Shaka and this coaching staff have gotten here, that’s something he’s instilled in us — that positive vibe, that self-motivation to believe in ourselves,” Taylor said.

Smart’s positive reinforcement benefits the entire team. Seniors Conner Lammert and Javan Felix visibly thought too much on the court their first three years. This season, the positive culture aided career years for the two. Ridley never met the billing of his high-recruiting rank, until this year. The three freshmen – Eric Davis Jr., Kerwin Roach Jr., Tevin Mack – confidently mesh on the court with an upper-classmen dominated roster. The team believes in themselves, which most of the roster did not last year.

In Barnes final year, players blamed others for mistakes. “To be honest with you, when I first got to Texas, and even since then, there’s been some fingers pointed,” Smart said in a story written by Brian Davis.

This year, against Kansas, Smart sat Davis Jr. because, “Wayne Selden was bombing three’s in his face.” Smart makes the team accountable, but doesn’t hold mistakes against them. The next game, against TCU, Davis played his season average amount of minutes. Smart understands mistakes happen, but doesn’t dwell, a change from last year. The culture is about positivity and looking forward.

No coach in the Big 12 faced as many obstacles to succeed as Smart, and none as big as Smart’s most unwinnable battle, making Texas fans care about basketball. But, that’s slowly changing. Last year, a team with Final Four hopes, had an average attendance of 10,770 at home. This year, the attendance increased by over a thousand to 11,793.

Everything is changing in Austin under Smart – the perspective, the culture, the expectations – and all for the better. Smart might not have the record fellow Big 12 coaches like Kansas’ Bill Self, Oklahoma’s Lon Kruger or West Virginia’s Bob Huggins have. But none of those coaches have changed the narrative of a program quite like Smart has in one season. Although the numbers might not say it, Shaka Smart is the Big 12 Coach of the Year.

Deep Big 12 Proving Tough for Kansas State Wildcats
Can Mike Gundy get Oklahoma State over the recruiting hump?
To Top