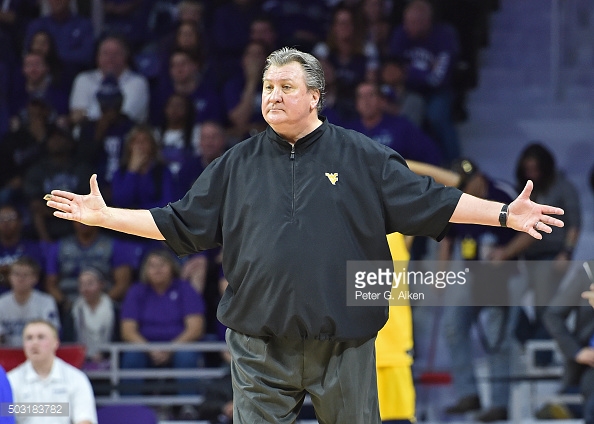 News came out last weekend that Jonathan Holton was suspended indefinitely from the WVU basketball team. At the time, it felt like a huge hit to the team, and something that may doom their chances at winning the Big 12 and ending Kansas’ 11-year dominance of the conference.

Well, what happened was the team came together, and had two impressive wins, including a win in Ames, Iowa against Iowa State and at home at the Coliseum against Baylor. Both opponents were ranked in the top 15 at the time of their respect defeats to West Virginia.

With the Oklahoma loss to Kansas State, and Kansas still looking more than vulnerable throughout the Big 12 schedule, WVU should now be considered the favorites to win the Big 12 regular season title. Obviously, a matchup with Kansas in Lawrence this week will be one to watch. If the Mountaineers can win that game it will put them in pole position to take the conference.

The schedule definitely favors them. Big 12 powers Iowa State, and Oklahoma both have to come up to Morgantown. Sure, trips to Baylor and Oklahoma State could be tricky, let’s not forget the Mountaineers won in Ames, and almost took the game in Norman against the Sooners, so playing tough and winning on the road is not a task too tall for them.

Freshman forward Esa Ahmad (conference-high 9 points vs. ISU) has been the key to the team being able to sustain the success without Holton in the lineup. He’s stepped right in and has filled the defensive presence admirably while growing up on the fly against tough Big 12 opponents.

Devin Williams being Mr. Reliable has helped the Mountaineers propel forward knowing they have a guy that everyone understands is going to go out there, put in work, and do his part to make sure the team is in position to win the game.

All the pieces seem to be falling perfectly into place for the Mountaineers to be the favorites to win the Big 12.

Devin Williams (13.8 ppg, 8.8 rpg) is having his best season as a college player, the bench has been nothing short of phenomenal with guys like Paige, and Tarik Phillip coming into the game, and lighting up the stat sheet and pushing the team to much needed victories.

Yes, yes, there are still eights games left in conference play, and things could fall apart down the stretch. But as of this time, with how well the Mountaineers are playing both offensively and defensively, there is no reason they shouldn’t be considered the favorites. The only team at the top of the Big 12 that has beaten WVU is Oklahoma, and that was a nail biter on the road. So with that being said, if any team is going to finally dethrone Bill Self and the Kansas Jayhawks from their perch atop the Big 12, it’s not #1 Oklahoma, it’s the West Virginia Mountaineers.

Plenty of reason for optimism around Baylor basketball
Who are the prizes of the Kansas Jayhawks’ 2016 recruiting class?
To Top