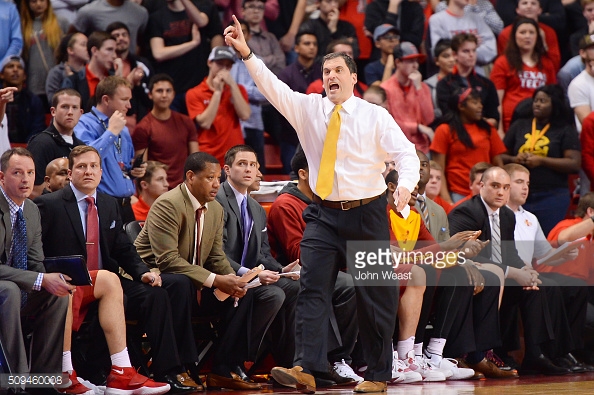 Watching the entire game against Texas Tech Wednesday night allowed me to realize one thing: the Cyclones might be the most frustrating team to watch in the entire NCAA. On one hand, you have a team that has beaten the likes of Oklahoma and Kansas. And on the other hand, you have a team that has now lost to Texas Tech and Northern Iowa, both of which should not have happened.

I don’t know what it is about this team, but they seem to play to their competition. A prime example of this was Wednesday night when they played Texas Tech. Now don’t get me wrong, Tech isn’t a terrible team, but everyone knew the Cyclones were the better and more talented team and yet they still lost.

The whole game the Cyclones let the Red Raiders hang around and it came back to bite them as they suffered a back-breaking loss. Not only was this a bad loss, but it was a loss within the Big 12 where the Cyclones had no room for error. The Clones are now 2 games back of the division lead and are facing a massive up-hill climb if they are going to win the Big 12.

The Cyclones played a great basketball game for about 38 minutes. The other two, a complete collapse that started with an intentional foul by Abdel Nader.

Let me first say though that Nader had a terrific game as he scored 19 points to go along with 2 rebounds. With that being said, WHY NADER?! Why in the world would you commit an intentional foul in that situation? Yes, I know he wasn’t trying to do that, but in those circumstances, just give him the lay-up and get back to work on offense because the Cyclones would have still been up by a point. Nader fouled out of the game after that and with the lack of depth the Cyclones have, it put them in a tough spot. I know he was just trying to make a good basketball play, but come on Nader, you have to be smarter than that.

Even after the collapse of the Cyclones, they still had a chance to win this game in regulation. For the record, yes, I had a problem with the last shot that was taken by Morris.

I know Morris has hit some clutch shot in his days with the Cyclones, but why are you taking a contested three for the win when all game you have had success driving the lane? On top of that, it seemed like coach Prohm had drawn up a play to hit Niang in the post and Morris completely ignored it. I’m no coach, but in that situation, you HAVE to take the ball to rim and try to draw a foul or allow one of your teammates the chance at getting an offensive rebound. I know you wanted to be Superman Monte, but next time, please give the ball to Niang or drive to the rim.

And then came overtime … and then came a terrible call by the officiating crew. I’m usually not one who complains about the officiating, but the non-goal tend call was absolutely pathetic. The ball was so clearly on the glass when it got blocked that I’m still not sure how the officials missed it. Now, this game didn’t come down to that one call, but it did have a big impact in the rest of the overtime because after that non-call, the Red Raiders came down and banked in a three, which would only happen against the Cyclones, to take a three point lead. Texas Tech didn’t look back after that and pulled off the upset against the Cyclones, just like they did a year ago.

Frustrating might not even be enough to sum up Wednesday night’s game against Texas Tech. The Cyclones are losing to teams that they shouldn’t, and as a fan, it makes me want to pull my hair out. The Cyclones still have a shot to win the Big 12, but they better wake up … and wake up fast. If they don’t, not only will they not win the Big 12, but they will have yet another early exit from the NCAA tournament.

Is there a double standard involving the Kansas State fan base?
Why saying goodbye to Barnes was ‘Smart’ for Texas hoops
To Top