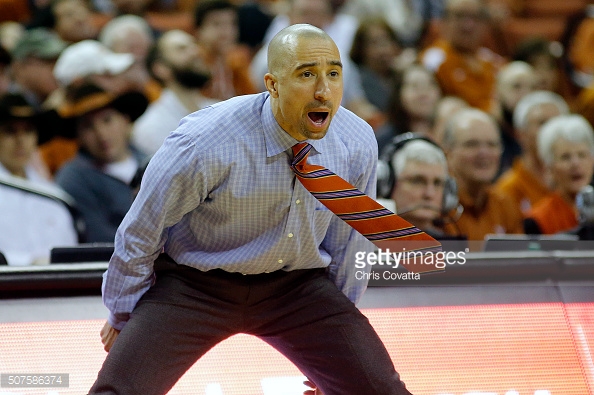 There is no doubt that Rick Barnes changed the face of basketball at the University of Texas. For a school that is predominately concerned with football, he put college basketball on the map in Austin. Barnes led Texas to their first No. 1 ranking in 2010 and coached the Horns to their only 30-win season to date. However, Barnes’ last three years at Texas were nothing like those of 2005 or 2008. Despite having highly talented rosters including names like Myles Turner, Barnes could barely get his team to the first round of the NCAA Tournament.

Saying goodbye to a coach like Rick Barnes comes with the same difficulty of saying goodbye to a coach like Mack Brown. Both led Texas to incredible heights in their individual sports, but they couldn’t do it forever. While many were sad to see Rick Barnes go, I could not have been more excited to see Shaka Smart enter. Shaka Smart was and is exactly what this Texas basketball team needed.

Although Smart and Barnes both like to coach an intense style of defense, they pretty much have nothing else in common. Smart has brought a refreshing, young and new energy to a struggling Texas team. He is the guy you want to be your kid’s coach.

Smart focuses on positivity, passion and connecting with his players. He stresses five core values to the team: appreciation, enthusiasm, competitiveness, teamship and accountability. Smart assigns a value to each day of practice and incorporates some sort of activity revolving around that value. He truly makes an effort to make relationships with his players and develop them into responsible men, not just basketball players.

It’s these off-the-court values that have turned once timid and reluctant players into great ones.

While Barnes was head coach, players were often so afraid of being benched for missing shots that they wouldn’t take them. The team played timid, to put it simply. Barnes’ competitiveness turned into frustration with his players, making the team seem afraid and disconnected from their coach.

Senior Prince Ibeh, who is filling the starting role for an injured Cam Ridley, is one of the players who felt that fear with Rick Barnes.

“He would point out things like, ‘We’ve missed some of our expectations and goals, and we’re in danger of missing them completely, or missing the tournament,’” Ibeh said to Sports Illustrated. “You keep that in the back of your mind and still try to focus on playing. It’s just difficult.”

Ibeh has improved immensely on the court this season under the direction of Shaka Smart. Smart’s belief in the 6’11” senior has sent the center to completely new heights in his basketball game. Ibeh has improved his free throw percentage, shooting percentage, rebound percentage and steal percentage since Smart stepped in. Texas fans are seeing an Ibeh they have never seen before. Possibly because he was hiding under a shell that Rick Barnes built for him and his other teammates.

“Coach Smart and the rest of the coaching staff they really do a good job of focusing on the mental side of things,” said senior forward Connor Lammert. “We talk a lot about stuff on the court, but over half of it is pretty much mental. And meetings off the court talking about how we should approach things.”

And, it’s worked. Ibeh is a completely new player. Lammert is both shooting and making more shots from beyond the arc. Felix has had his best season yet. The three freshmen are already making their mark on this team. The whole team is working as a cohesive and powerful unit. There is a chemistry and mutual appreciation between Smart and his players that is easy to see.

Smart may not have the record of Bill Self or Lon Kruger. But have either of them completely changed the attitude and mentality of a college basketball team and its’ fans in less than a season?

Barnes was successful with Texas, but Smart is a great coach, in all senses of the word. It’s amazing what a little positive energy and passion can do for a college basketball team.