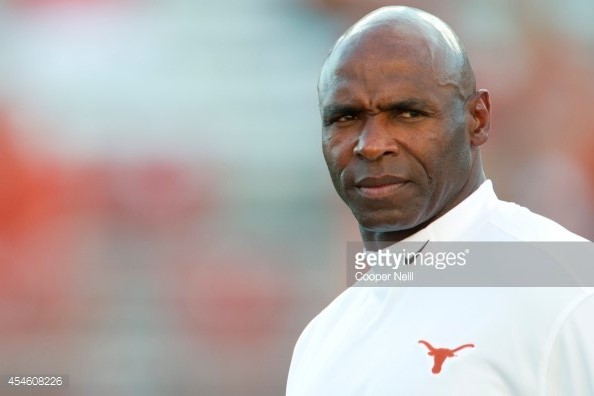 It was an outstanding National Signing Day for the University donning burnt orange. The Texas Longhorns had a great 2016 recruiting class finishing with a top-ten ranking in the nation. It was the second consecutive year they boasted the best recruiting class in the Big 12 conference. It was a huge day for the Longhorns who began the day ranked 32nd overall and fifth in the state of Texas, according to the ESPN power rankings. Head Coach Charlie Strong reveled in what became a huge victory for the program. “We needed everyone’s attention on our program,” Strong said. “We needed some positive vibes… now we need to continue to build on it.”

Texas needed some positive vibes in the worst way after two disappointing seasons under Strong. In his first two years at UT, Strong amassed an 11-14 record with speculation that he could lose his job after no imminent progress, especially in Big 12 conference play. Describing Strong’s start at Texas as tumultuous would be an understatement, with numerous player dismissals and coaching changes occurring in his first two years. Receivers coach Jay Norvell just announced that he will be leaving the program for Arizona State. He becomes the 5th assistant to leave since the beginning of the 2015 season. This shakeup is not necessarily a bad thing. Strong can now bring in new coaches with a new message for the young players that were recruited the past two years.

If we’re being honest, Charlie Strong came into a very difficult situation upon arriving at UT. Mack Brown really dropped the ball with his recruitment towards the tail end of a glorious coaching career. The cupboard was left bare and it was up to Strong to replenish the Longhorns resources. Like the old adage states, sometimes things have to get worse before they can get better.

Strong has always been known as a master recruiter, with him being known as a specialist of sorts at his previous stops in Florida and Louisville. Texas was able to seriously revamp their 108th ranked defense with this year’s incoming class. According to ESPN’S ranking of the top 300 recruits, Texas landed 12 out of that group. Notable impact players include the No. 2 safety Brandon Jones, the No. 2 outside linebacker Jeffrey McCulloch and No. 12 defensive tackle Jordan Elliot. These players should be major contributing pieces immediately to the style of play Strong wants from his defense.

It wasn’t just the defense that got a resurrection. The Longhorns had already acquired the top in-state quarterback prospect in Shane Buechele. The 6’1 freshman enrolled in the spring to get a jump start in the vernacular and terminology of a new and more complex Texas offense. The past two seasons have shown major instability at the most important position on the field. Some may have called it a circus with Tyrone Swoopes and Jerrod Heard yo-yoing in and out of the starting lineup. Buechele has an opportunity to start as a true freshman, if he impresses during spring ball and picks up the system at an expedited rate. He’s a gifted player with an athletic pedigree going back to his father, former MLB pitcher Steve Buechele. If Shane can win the job the offense could look completely different from years past.

Bottom line is Charlie Strong needed some time to get his own guys inside the program. Over the past two seasons he had to adjust to the old regimes players, while still trying to inject new blood into his system. Strong is known as a stern but high character coach. He wanted players that coincided with his moral values and had that phrase every scout looks for, ‘great makeup’. He needed student-athletes that were good people on and off the field in order for his message to get across. The culture from the Brown regime was night and day compared to what Strong wanted to accomplish. In college football there’s no such thing as a quick turnaround.

The athletic department and administration at Texas deserve some praise for staying patient with Strong. It seemed like every week somebody was calling for his head or for an upgrade with one of the flashy big name coaches. It takes great patience to stick with the plan the school made two years ago and see the commitment out. Instead of overreacting like most big schools do, they decided to trust the process, and now the fruits of their labor may be reaped sooner than later.

I’m glad to see Strong has at least one more shot at success, something the Texas fans and community are dying to see again. I think the Texas Program will finally turn things around in 2016 and even compete for a Big 12 title. I believe with Strong’s message and vision finally being realized, the team ceiling is the highest it’s been since winning its last conference title in 2009. Remember my friends, patience is a virtue.

Why saying goodbye to Barnes was ‘Smart’ for Texas hoops
Depth, balance keeping Jayhawks atop the Big 12
To Top