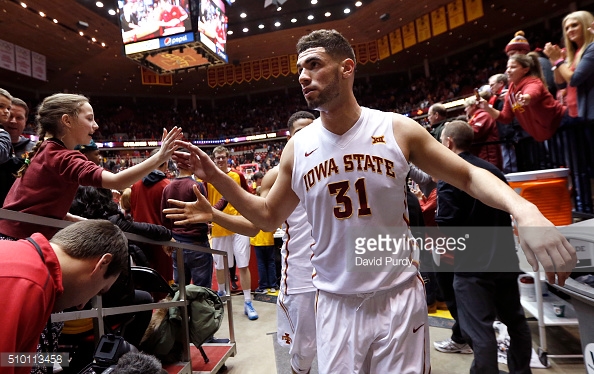 With five games remaining in the regular season, #13 Iowa State finds itself at a frustrating 7-6 (6th place in Big 12 standings) and 18-8 overall. Frustrating because in each of those losses, the Cyclones held a lead in the second half and couldn’t hang on. Frustrating because of overtime games. Frustrating because they are a few possessions and stops away from being right there, neck and neck with the Kansas Jayhawks atop the Big 12. This was going to be the year that Iowa State finally broke through and dethroned the Jayhawks from that remarkable run of 11-straight Big 12 regular season titles. The ball just took a different bounce than the Cyclones were expecting…

Due to the close and infuriating losses this season, there has been an increasing amount of chatter about the makeup of this team. Yes, the loss of Fred Hoiberg hurt, however, after meeting with the media Thursday, Steve Prohm made an excellent point stating that the team is “really only one game behind last year’s team” (with Hoiberg). I think that many lose sight of this fact, and have throughout this entire season. Maybe it’s the two losses at home for the first time in a while? Probably. In the interview, he also pointed out the team has been especially efficient on offense, but it just needs to get a stop on defense and start making some of their free throws, and he couldn’t be more right. Let’s not forget that sluggish defense and missed free throws plagued the Cyclones during the Hoiberg era also.

As the wins have come the last few seasons, so have the expectations, but we really need to take a reality check. Statistically, Georges Niang and Monte Morris are having their best seasons wearing the cardinal and gold. Team-wise, Iowa State is still in the top 30 nationally in points per game and assists per game. The Big 12 is the toughest basketball league there is to play in. Period. If you don’t bring your “A” game, you’ll get beat. Iowa State found that out in rare losses at Hilton Coliseum to West Virginia and Baylor this season. Hilton Magic couldn’t even compensate for those games.

As February (and the regular season) winds down, the question that surrounds the college basketball world is: “Who’s going to get hot?” It happens every season. A semi-mediocre team gains some momentum and peaks after a few wins and goes deep into March Madness. Now, I’m not calling Iowa State semi-mediocre, because they aren’t. They are a good team in a good conference and have had some tough breaks. But, if Iowa State has to suffer a few losses now to get hot in March and go on a run, I’m all for it.

Iowa State is one game behind where they were last season at this point, and nobody expected the Cyclones to win the last two Big 12 Conference championships…but there they were, holding up the trophy in Kansas City. Exhale, enjoy the rest of the season, and I’ll see you in mid-March.