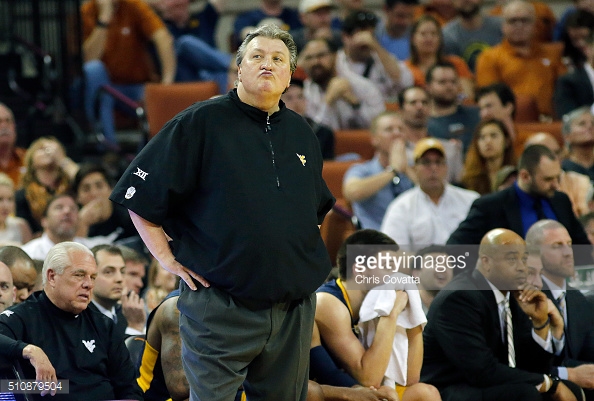 Coming into the 2015-2016 college basketball season, not many people were taking Bob Huggins & the West Virginia Mountaineers seriously. And why should they have? After losing lead guards like Juwan Staten (2x Big 12 First Team selection & an All-Defensive Team honor) and Gary Browne (129 career games played), WVU had some huge shoes to fill.

Enter Jevon Carter, Dax Miles Jr., Jaysean Paige, and Tarik Phillip. Carter led the Mountaineers in steals his first season in Blue & Gold last year, while Miles Jr. started all 35 games as a true freshman. Paige & Phillip, former junior college transfers, were asked to step up this year as well. I mention these four guards in particular because most teams only have one or two guys that can run the show – or stall their opponents.

But, the biggest reason for West Virginia exceeding expectations has been the play of Jonathan Holton, who also is the most underrated Mountaineer. With all the depth in the Mountaineer’s backcourt, throw in a 6’7 swingman with arms that stretch like Michael Jordan’s from Space Jam, and you’ve got one thing most teams can’t simulate or prepare for. With him guarding the inbounder on their full court press, it gives the guards extra time in covering their match up due to his length. He may not have the prettiest jumper, but he makes up for it by cleaning up misses on the offensive end, and is near the top of the Big 12 in offensive rebounding.

Few players in the country can attack the basket like WVU’s Jaysean Paige and Tarik Phillip. They’re not the biggest guys, standing at 6’2 and 6’3 respectively, but both seem to get to the basket and get their shot off when the team needs it most. Paige dropped 26 points in the teams’ first contest against Kansas. Both players are big shot takers, and hopefully when it matters, big shot makers. Other than their scoring, though, Paige and Phillip do things that don’t always show up on the stat sheet. Taking charges, cutting off passing lanes, and deflecting passes are all huge when trying to execute a press defense.

Now take a look at Devin Williams, the kid from Cincinnati who grew up longing to play for a Bob Huggins-led team. He’s been a staple for the Mountaineers’ starting lineup during his career, starting all but 2 games since he arrived in Morgantown in 2013. Not many college teams have someone they can throw the ball to in the post and let him go to work. Don’t let the goggles Williams’ wears fool you, either – he’s a force to be reckoned with in the paint.

When you look at Kansas, the team everyone is chasing in the Big 12 (having won 11 straight regular season titles), they’re a deep team – in the front court. In the first matchup versus WVU, lead Jayhawk guards Frank Mason III and Wayne Selden, Jr. combined for 13 turnovers, and the Jayhawks committed 22 as a team. This can all be attributed to the Mountaineers’ relentless full court press defense, which is aided by a deep Huggins’ bench.

Depth, balance keeping Jayhawks atop the Big 12
Sharing is caring for Baylor Bears
To Top