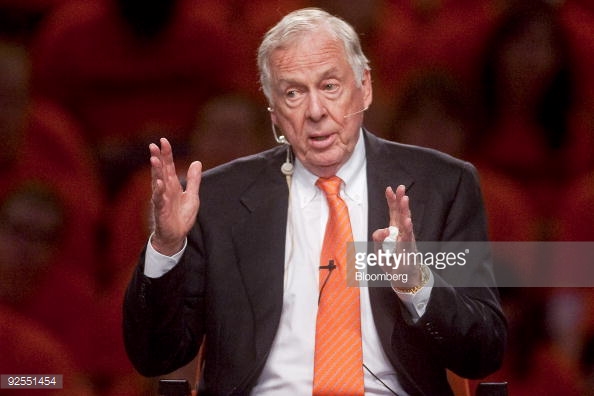 Meantime, while the break-even price for a barrel of oil does continue to decrease, according to CNBC, some counties in North Dakota have their break-even price all the way down into the mid-twenties. While the industry’s efficiency continues to improve and impress, it’s still a sign of some bad times in the oil and gas industry. So, with the Big 12 conference likely more affected and tied to the industry than any other conference in America, and big-time college sports often funded by major donors, we decided to look into how the drastic fall of prices have affected the Big 12 Universities.

Starting in Norman, Oklahoma, right in the heartland (no pun intended) of the oil and gas industry, there were reports over a year ago that the university would be postponing football stadium renovations because fundraising efforts had been hurt by the downturn in oil and gas. Back then, OU president David Boren said, “When you have people lose half their net worth over the period of two, three weeks, and they’re donors to the university and they want to give to the university, it hurts all fundraising.”

We recently touched base with Mike Houck, the Assistant AD and head of Strategic Communications at the University of Oklahoma, and he commented to HCS, “We are certainly sensitive to the current economic situation in our state. The University’s recent steps to reduce expenditures are reflective of that. To date, athletics department projects have continued as planned. Like most Oklahomans, we are monitoring the matter closely and will adjust if circumstances dictate.”

Clearly, OU has been affected by the downturn in the oil and gas industry, but has been able to weather the storm thus far. Credit to the administration for good planning, preparing and budgeting.

Oklahoma State was not as responsive, as they got back to HCS, but declined to comment on how the economy has affected their business operations in the athletics department. Now in fairness, their biggest booster, T. Boone Pickens, is one of the most well-known names in the oil and gas industry. Earlier this month, Pickens told CNBC he saw crude-oil prices doubling by the end of 2016.

Then again, that’s his job. To be an oil bull, promote it, and sell it. Frankly, it’s unlikely T. Boone will be dumping large sums of money into Oklahoma State University in the near future, at least not until prices recover. One of the people that can be thankful for the downturn in oil and gas is OSU head basketball coach Travis Ford.

Last year there were rumors that boosters were going to buy out Ford’s contract and hire a new basketball coach. That never happened. Now, as OSU suffers through another disappointing season under Ford (12-17, 3-13), it’s still unlikely Oklahoma State buys him out. Heck, the Stillwater News Press admitted as much last week, writing, “The boosters that once lined the Stillwater campus’ streets with black gold, now are scrambling just to keep themselves afloat. There is little opportunity right now for Holder to ask many boosters for money for a new baseball stadium, let alone a buyout – which will mean the university is paying two people for one job.”

The other schools likely most affected by the oil and gas downturn have been those in the Lone Star State. While Texas has a more diverse economy than Oklahoma, it is still heavily based on the success and failure of the price of crude-oil. According to Mark Houser, the chief executive of the state’s University Lands, in an October report with the AP, Texas’ public universities are closely tied to oil because the royalties from the state’s 2.1 million acres of oil and gas lands go directly to the University of Texas and Texas A&M System. But only about a dozen of the previously 100-plus rigs in the Permian Basin shale are still working. The fiscal year ended in August with campus royalty revenues down 26 percent, a five-year low.

We spoke extensively with Texas Tech Senior Senior Director of Development for Athletics, Andrea Tirey, who admitted “many fans and donors are directly affected oil and gas”, but that contrary to popular belief, “we have a lot of diversity of where our donors are making their money.” Tirey is helping run Texas Tech’s Campaign for Fearless Champions which works on improving Tech’s athletic facilities, investing in scholarship endowments and growing the Fearless Champions Leadership Academy. As for the success with that campaign, Tirey said that she’s “pleased with momentum and the pledges are continuing. But, often times, instead of a one-time cash gift, pledges are coming in over payments plans of 3-5 years. There has been no affect on student aid or scholarships.”

If you’re wondering what happened with the University of Texas? Well, getting a hold of anyone in Austin is kind of like trying to reach the President, FBI Director, Tom Brady … you get the point. It wasn’t easy.

As you might expect, those Universities in Kansas and Iowa were less affected by oil and gas. Steve Malchow, the Senior Associated AD at Iowa State, told HCS, “I don’t think it has had any measurable impact at Iowa State.” Malchow added, “We are focused on our situation. I don’t feel that other schools’ finances really impact us. We all spend what we have in support of our teams. Additionally, I don’t recall our department administration ever discussing the gas and oil industry.” Meantime, the communications and athletics department at the University of Kansas had a similar statement, not having much concern or fear over the depressed prices in the industry.

Overall, there’s no question that the struggles in oil and gas has had much more of an affect on those states more reliant on the industry (Oklahoma, Texas), than those that aren’t (Kansas, Iowa). But still, this is something worth watching. While some oil bulls like T. Boone predict a recover to nearly $100 per barrel sooner rather than later, some forecasters are predicting a global slowdown (already in place), combined with more supply than demand, and depressed oil prices for the foreseeable future.

We are really only 12-18 months into this downturn. Do things change if this reaches 30-36 months? Probably. Either way, it looks like many of the Big 12 Universities have positioned themselves in a positive manner to weather this storm, at least for the near-term. As for any long-term ramifications? Well, that’s another animal and remains to be seen.