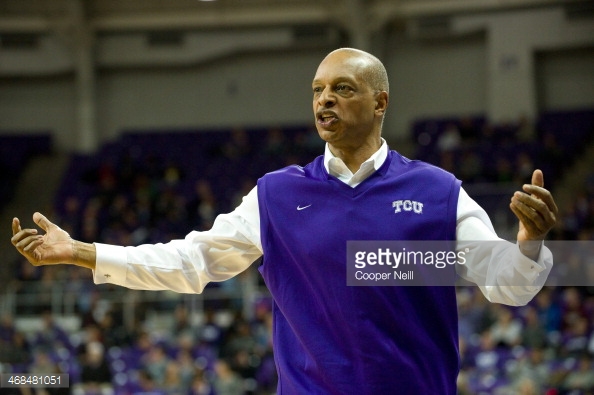 According to multiple reports, TCU has fired head basketball coach Trent Johnson. Johnson finished up his four years 50-79 in Fort Worth, with the Frogs going 12-21 this past season, and 2-16 in Big 12 play.

Pete’s take: I don’t get it. I understand the frustration with the lack of winning, but this is far different from Travis Ford’s situation at Oklahoma State. Johnson had to take this team from the Mountain West to the Big 12. That requires bringing in a different type of athlete, building the program, and then sustaining. I know TCU is in their first year of a brand new basketball arena, but recruits don’t just flock to that overnight. Hell, he spent last season with his team playing in a high school gym! It was supposed to be part of a process. Also, the Horned Frogs dealt with a handful of injuries this season. I would have given Johnson another season of recruiting, see if the ship started to turn in the right direction, and then made a decision from there.