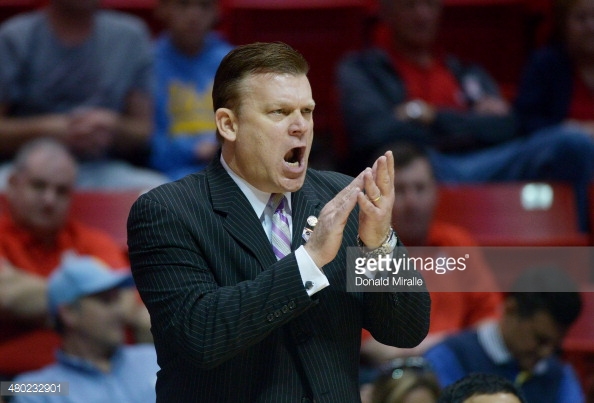 Despite a push from former player and broadcaster Doug Gottlieb, the University went the more traditional route, landing Brad Underwood who is coming off of an enormous amount of success at a mid-major.

Brad Underwood went an incredible 89-14 in three seasons at Stephen F. Austin  and is coming off a second-round loss in the NCAA tournament to No. 6 seed Notre Dame. Underwood was named Southland Conference Coach of the Year three times.

Brad Underwood said in a statement, “Oklahoma State has unparalleled tradition, history and culture. The fan support, the noise and the home court advantage is what I remember most about Gallagher-Iba Arena, and I couldn’t be more excited to be a part of that now. I played in Gallagher-Iba back in the Big Eight days, and then going back as an opposing coach, I can tell you that it’s one of the best venues in the nation. We’re going to have a lot of fun, and I’m excited as heck about the opportunity to get to know the community of Stillwater, and the OSU family.”

Pete’s take: Brad Underwood is the smart hire by Mike Holder and Co. Doug Gottlieb would’ve been a splash, but ultimately, they needed a  guy with the experience. I think Gottlieb can coach at any level, but he needs to cut his chops somewhere first. Hiring Doug Gottlieb would be like electing Donald Trump … I’ll have plenty more on that thought in Tuesday’s podcast.