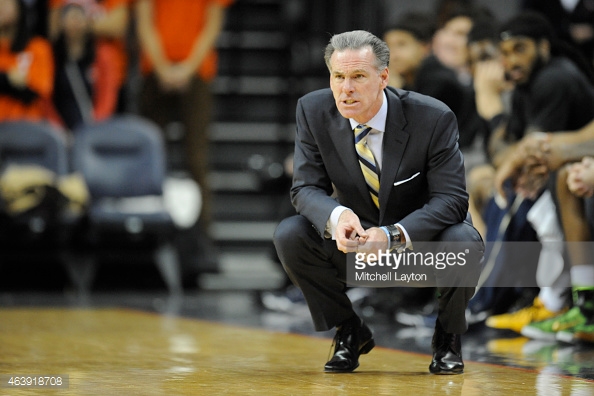 The Horned Frogs have made a big splash on the coaching front, landing Pittsburgh head men’s basketball coach Jamie Dixon, who is leaving that position to take the same job at Texas Christian University.

Jamie Dixon has spent the last 13 seasons at Pitt’s head coach, with his teams posting a record of 328-123 (.727) during his tenure. Jamie Dixon’s gone to the NCAA tournament 11 times with the Panthers, including a trip to the Elite Eight in 2009.

Expectations in Fort Worth increased this year when the Frogs started playing this season in their new $72 million campus arena.

The Horned Frogs fired coach Trent Johnson last week. Jamie Dixon will try to turn around a program that hasn’t made the NCAA tournament was 1998.

Pete’s quick take: Excellent hire. As a Villanova alum, I can tell you TCU has landed a great coach. It’s time for Jamie Dixon to start over fresh and there’s no better place for that than one’s alma mater. That being said, don’t expect TCU to put on a high-scoring brand of ball. That being said, if Jamie Dixon wins, pace of play won’t matter. More coming up on this hire in Tuesday’s podcast.