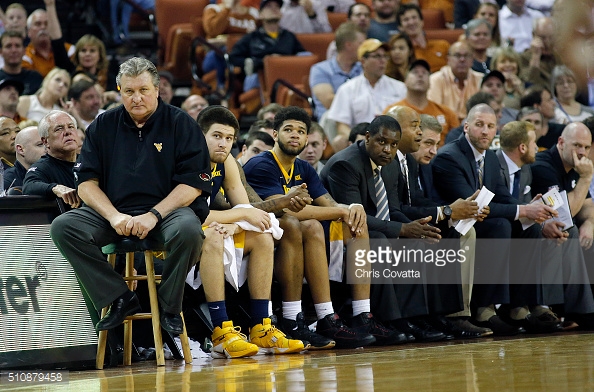 The West Virginia Mountaineers went out of the NCAA Tournament earlier than expected when they lost to Stephen F. Austin in the first round on Friday night in Brooklyn.

The Mountaineers had a successful regular season campaign and made a great Big 12 Tournament run. The team was able to finish second in the Big 12 in both the regular season, and the Big 12 tournament. But, everyone knows it’s all about what you do in the NCAA Tournament that makes or breaks your season.

The Mountaineers season earns a B grade. Finishing the season with a 26-9 record, and second in the Big 12, and runner up in the tournament to Kansas is all well and good, but WVU went out with a huge whimper in the NCAA tournament.

With the expectations having risen after a great regular season and conference tournament, the loss to Stephen F. Austin is really what brings down the mark by a full grade.

I still believe Mountaineers were a legitimate Final Four team, and dare I say, National Champion contender that went out much too soon.

WVU was able to defend, force enough turnovers, and shoot the ball just well enough to get them all the way up to a 3-seed in the Tournament.

But, that all went away come game time. Stephen F. Austin tore up the press, the Mountaineers couldn’t throw a beach ball in the ocean if they had their toes already dipped in the water, and Stephen Walkup absolutely owned and won his matchup with the bevy of players that tried to defend him.

Even though WVU went out with a big time loss, that should not completely diminish the regular season. Remember, the Mountaineers were picked to finish sixth in the conference in the preseason poll, then went on to finish in second place.

Seniors like Jonathan Holton, and Jaysean Paige stepped up big time to help WVU power through what many called the toughest conference in America.

The team was filled with big wins, both at home and on the road, most notably beating Kansas in the Coliseum, and sweeping the season series with Iowa State and Baylor. Also, we can’t forget taking down Oklahoma in the Big 12 tournament on a shot that was just too late by Buddy Hield.

At times this season, this team was unwatchable. Bricking shots all over the place, running a slow offense, turning the ball over endlessly, and fouling uncontrollably could make this team difficult on the eyes. But, it helped the team grow and become a team that can go out and win every night.

Players like Devin Williams, Tarik Phillip, and Daxter Miles Jr. all took steps forward that can help them carry the team going into the 2016-17 season. Losing only two impactful seniors should have this team primed to make a run at the Big 12 title and possibly another, less disappointing, run in the NCAA tournament. Then again, as much sense as that makes, there is a reason they call it ‘March Madness’.