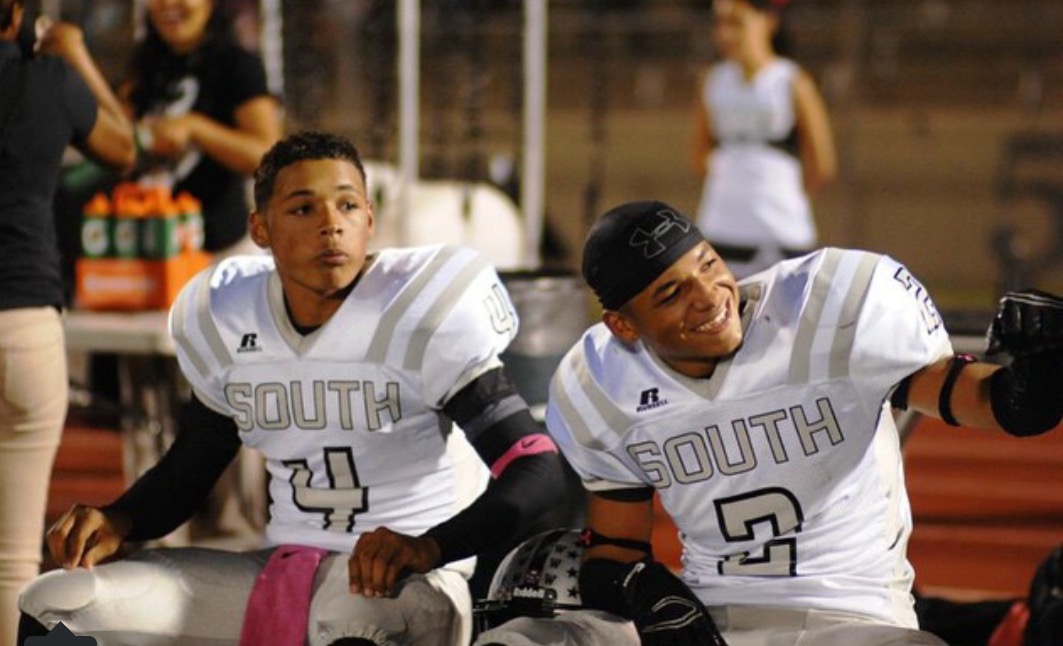 It’s hard enough for teenagers to navigate the college football recruiting process. But, imagine trying to navigate it with your twin brother? Some might argue it’s easier to have a partner in crime, some might view it as another person to have to look out for. Either way, it’s unique.

Heartland College Sports caught up with a pair from the Class of 2017, brothers Tylan and Tracin Wallace. Tylan is a 4-star wide receiver at South Hills HS, where Tracin is a 3-star dual-threat quarterback. We want to thank them both for their time in this interview.

Q: With your trip to the University of Oklahoma earlier this month, how was it? What did you like about OU?

Tylan Wallace: It was pretty good. The campus looked pretty nice and I liked the new stadium edits they are putting in.

Q: How much does a team’s success (such as OU making the playoff), factor into a potential decision?

Tylan Wallace: It means a lot knowing that if we went there, that there could be a shot that we could make it to the playoffs. That’s a pretty nice deal.

Tracin Wallace: It’s kind of important because they are on the right path to make the playoffs. So that means with the right players, it can be done.

Q: How were Bob Stoops and OC Lincoln Riley?

Tracin Wallace: They were really cool.

Q: How about the importance of playing close to home? Where does that factor in?

Tylan Wallace: I mean it would be nice to play close to home, but I wouldn’t say that is a huge deal with us.

Tracin Wallace: Staying close to home would be nice, but it’s not a big factor.

Q: Are you guys a packaged deal? How important is it for you guys to play together at the next level?

Tylan Wallace: We want to try and stick together. We can split up if we have to, but we plan on staying together.

Q: Any other Big 12 schools on your list at this point?

Q: Considering the similarities in offense between OU and TCU, how much is style of play a factor?

Tracin Wallace: We would rather play in a spread style offense.

Q: What is the worst part of the recruiting process?

Tracin Wallace: What he said!

Q: How important is it to you guys play in a Power 5 conference vs. a non-Power 5?

Tracin Wallace: We would prefer one of the Power 5’s.

Q: So with some pundits knocking the Big 12 as a worse conference than the SEC, Big Ten, etc., do you buy into any of that or does it affect the way you look at recruiting?

Tracin Wallace: No, it doesn’t really affect what our decision will be.