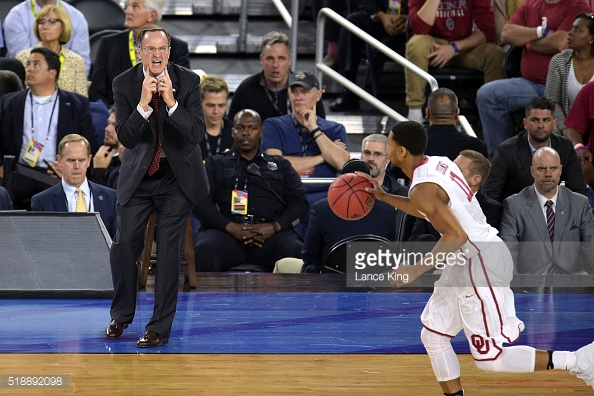 I read some chatter on twitter that the Sooners had somehow ‘quit’ during their Final 4 game against Villanova. Sure, it was the most lopsided game in Final Four history (95-51), but to accuse Lon Kruger’s team of quitting in the middle of the biggest game of each player’s lives is absurd… and just wrong.

Oklahoma has essentially quit on this basketball game. #NotAlwaysReppin

You get the picture. Here’s the problem though, they didn’t.

I know it’s hard to believe, but how about just giving credit to a combination of a few things: a helluva defensive effort by Villanova, a lights out shooting performance by Villanova, and the perfect storm of a two teams, one having a horrible night, one having a great night.

In full disclosure, I am a Villanova alum. But, the defensive display by the Wildcats on Buddy Hield and the Sooners was something you rarely see. If anything, one could argue that the Villanova smothering defense made the Sooners quit. But, criticizing the Oklahoma players and Lon Kruger and accusing this team of quitting is not fair to what was a fantastic season for this team.

Lon Kruger has proven to be a fantastic hire by Joe Castiglione and will hopefully keep OU near the top of the Big 12 standings for years to come. Sure, no one wants to be on the side of history that the Sooners were on Saturday night. But, let’s not let a special season get soured by one really poor showing.