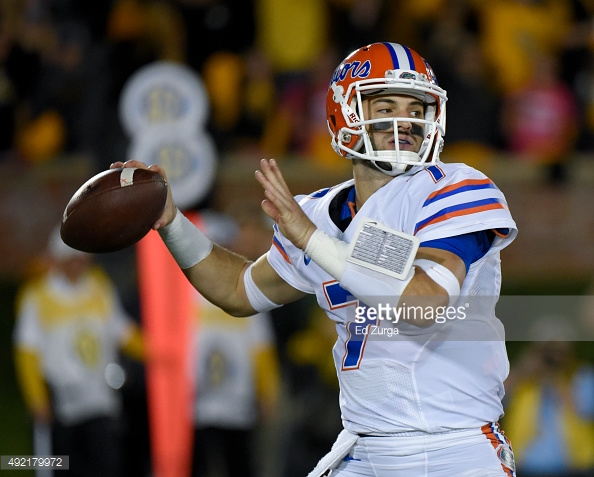 According to multiple outlets, former Florida QB Will Grier will transfer to West Virginia and join the Mountaineers.

Grier will have to sit out the 2016 season due to NCAA transfer rules, then he’ll be eligible to play in 2017 as a redshirt junior. He will have two years of eligibility remaining.

Will Grier helped the Gators get off to a 6-0 start, helping Florida reach as high as 8th in the AP Poll. Grier was shockingly suspended by the NCAA for failing a test for substance abuse. Grier later decided to transfer rather than stick it out at Florida, where he wouldn’t have been able to play until the seventh game of the 2016 season.

Will Grier finished his Florida career 106-161 passing for 1,204 yards and 10 touchdowns. He threw just three interceptions.

Pete’s take: I love this move by Holgorsen and the West Virginia staff. Will Grier is a legit dual-threat QB that will have a year to learn the system, and then two years to play for the program. Of course, we hope that the PED’s that he was banned for was in fact just an over-the-counter substance and the case of a kid being naive, rather than something bigger or worse. Current QB Skyler Howard is heading into his senior year, so Will Grier and William Crest appear to be the future at QB. Regardless, it’s an exciting day for the program.

Dates, Times for Big 12 Football Spring Games
Grading the Big 12 in the NCAA Tournament
To Top