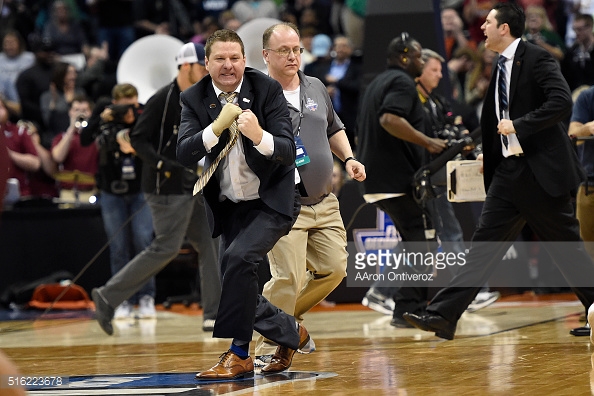 Chris Beard, who took the head-coaching job at UNLV less than a week ago, was hired to a five-year deal by the Red Raiders on Friday.

Beard led Arkansas-Little Rock to the NCAA tournament and a first-round upset of Purdue this past season in his first year as a Division I head coach. He agreed with UNLV on March 28 to a five-year deal worth $900,000 per season.

Pete’s take: I get it, I do. He’s a family man, wants to be closer to his daughters, knows the landscape and the program, blah, blah, blah, blah. But this is very similar to Steve Alford three years ago when he signed a ten-year extension with New Mexico and then three days later decided to take the job at UCLA. I understood that as well. UCLA was a top program and a better job. But, this is the ugly side of big time college athletics. It sucks.

Also, I don’t want to hear about Beard denying a kid his right to transfer to school X, Y, or Z for any reason. That kind of hypocritical bullshit from these control freak coaches is what drives me nuts. Here’s to hoping that at least won’t happen.

Grading the Big 12 in the NCAA Tournament
Where do Big 12 athletic departments rank in revenues?
To Top