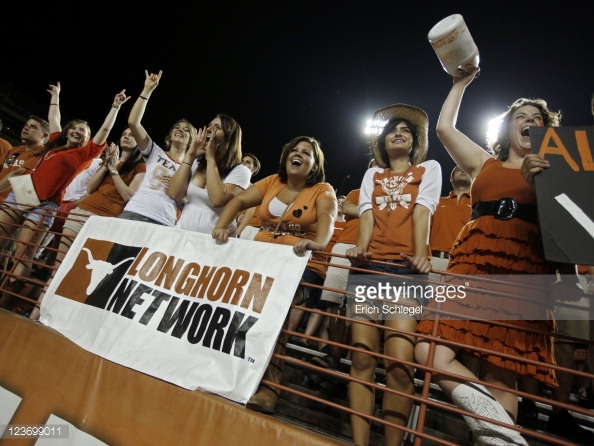 USA Today released their yearly studied showing where each University ranks in regards to revenue to their athletic department. For the second straight year, Texas was not number 1, this time passed by Texas A&M. But, there’s a reason. If you look at the numbers, A&M had a jump of more than $70 million over last season. Why? Because of renovations to Kyle Field (remember these numbers are for 2014-15). Of the school’s total revenue, nearly half — $92 million — came through donations. And of that figure, $58.5 million was earmarked for Kyle Field.

This happened last year as well when the University of Oregon came in first because of a $95 million contribution from Nike founder and megabooster Phil Knight. After coming in #1 last year, Oregon fell to #21 this year.

All in all, it’s still Texas running the show. They are consistently 1-2 each year.

The Oklahoma Sooners are the next Big 12 team up in the rankings, coming in at #8. After the Sooners, there is a drop off to Oklahoma State at #26.

The ACC has 0 teams in the top 10 and two teams (Florida State, Louisville) in the top 26.

What does it all mean? It’s concerning. It goes in line with my theory that the Big 12 is falling behind in the rat race that is Power 5 conference hierarchy. This affects things such a recruiting and facilities, which then affects quality of players. Yes, a lot of this money is from TV contracts, which the SEC is dominating with their SEC Network. Texas is up there in large part due to the Longhorn Network, which UT makes about $15 million per year on. ESPN is losing money hand over fist on that deal, but, Texas is reaping the rewards (at least financially).

Is this the kind of incentive that the conference needs to come together and form a Big 12 Network (while dumping the LHN). Maybe. But, reality is, UT won’t do it. Even if it means a better product and stronger conference, top to bottom.

If you want to use this chart to discuss Big 12 expansion, the two highest grossing programs outside of the Power 5 is Cincinnati and Central Florida. But, nearly 50% of both programs’ revenues come from government subsidies. So, we must take those numbers with a grain of salt. Still, it does show a commitment from the University and state to field a very competitive, and high class collegiate athletic program.

All in all, the Big 12 still has plenty to discuss and figure out. And the numbers released by USA Today should be an eye opener. What does this list tell you about the health of the Big 12? Leave us a comment to get the discussion going in the comment section below!