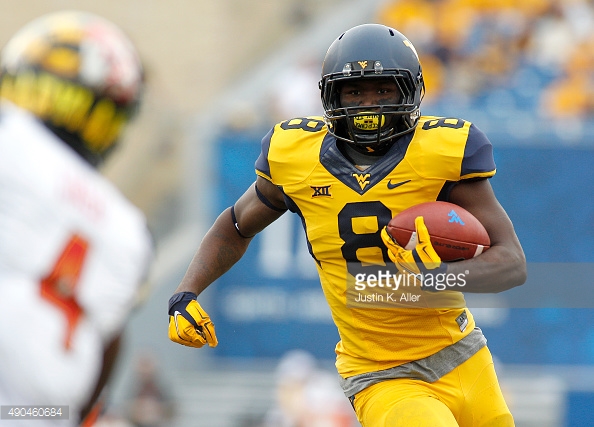 West Virginia backup running back Donte Thomas-Williams was dismissed from the team on Monday for an undisclosed violation of team rules.

Coach Dana Holgorsen announced the dismissal in via a news release. There were no details provided and the release said Holgorsen would have no additional comment.

Last season, as a redshirt freshman, Thomas-Williams rushed for 43 yards in four games.

Pete’s take: It might not sound like a big blow, but Thomas-Williams was the #12 RB recruit in the country and was a 4-star guy coming out of high school. With Wendell Smallwood off the the NFL with the Eagles, Holgorsen was going to need new bodies in the backfield, of which Thomas-Williams was expected to be a part of. Tough break for the Mountaineers.