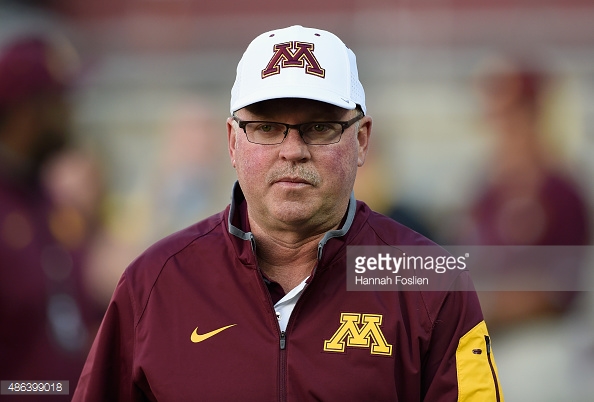 This one kind of came out of left field. Remember Jerry Kill? The former Minnesota Coach who had to retire last season after major health problems? He infamously dealt with a couple of seizures on the sidelines and eventually hung ’em up last October.

In his new role, Kill will be a member of Currie’s senior departmental staff and serve as chief administrator for the K-State football program. Kill retired from Minnesota and the coaching profession in 2015 due to health reasons and is excited to enter a new administrative phase of his career.

“We are thrilled that Jerry and Rebecca are coming home to join the K-State family,” Currie said. “He is ready to move into a new chapter of his life and professional career, and his experience as a former head coach will be a terrific addition to our staff. We look forward to the perspective and mentoring he will provide our coaches and student-athletes as we continue toward our vision of a Model Intercollegiate Athletics Program.”

Pete’s take: So, what does this mean? Should we make anything of it? It seems awfully fishy. The factors that make it strange include: 1) There are people who want Bill Snyder to retire. 2) Kill, who retired for health reasons, is back to work, albeit with less stress, just 7 months after he left the business. 3) I have read reports that AD John Currie and Bill Snyder may not be as close of friends as we believe.

Maybe this is all just coincidence. Maybe it’s not. Kill tried to squash any rumors off the bat, commenting in the press release: “I want to make it known that my coaching days are over, and I am excited to start this next phase as an administrator for one of the finest athletics departments in the country.”

Sure. But, in the sketchy world of college athletics, it takes a lot more than a statement for me to 100% believe what I’m reading is true.

Can Facebook, Amazon or Netflix save the Big 12?
Podcast: Is ESPN honestly and fairly covering the Baylor football scandal?
To Top