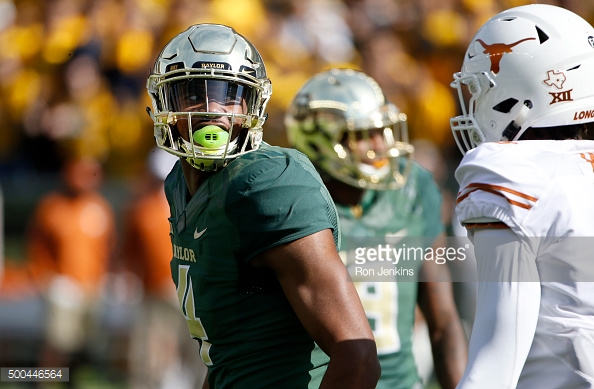 Did you see this one coming?

Sure, when it comes to most hated college football teams in America, I expect to see Ohio State, Michigan, Alabama and Texas, with the order interchangeable and irrelevant. But, BAYLOR was a total shocker.

I think the reasoning goes as such: the conspicuous notion of Baylor somehow cheating to get to where they are. Then, there are the recent off-field issues involving domestic violence and drug charges. The idea that Art Briles has brought in questionable characters for a win-at-all-costs mentality, which, in theory, is off-base from their supposedly Baptist influences on the University. It’s a combination of all those things.

By the way, I am also stunned that South Carolina was in the top 10. I mean, really? Who HATES the Gamecocks? If you spend your time hating South Carolina football, you have WAY too much time on your hands.

Also notice, zero Pac 12 teams on the list. That’s not good. In many ways, it’s good to have or be a hated team because it also means you are a beloved team. Look at Donald Trump. Sure, millions hate him. But, guess what? Millions love him. I thought USC might’ve made the list, but I suppose they’ve been, by their standards, somewhat irrelevant lately, so I guess it’s hard to hate too much. Plus, I think that’s more of a West Coast vibe. How can anyone in SoCal hate anybody? You get 200+ beautiful days per year, the beach, the ocean…

I guess you also get a lot of traffic and illegal immigrants, but I would say the positives outweigh the negatives.