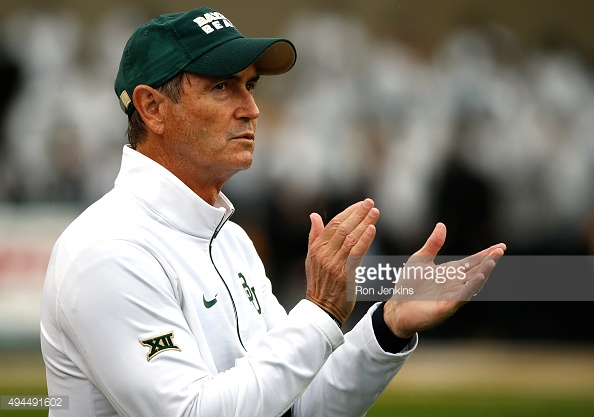 With the rampant sexual assault accusations and issues surrounding the Baylor Bears football program, Art Briles thought it would be a good time to go to twitter to defend his team.

Let’s just say the response from the public was … not too kind:

.@CoachArtBriles The fact that you even tweeted #TruthDontLie is so ironic it should be in an Alanis Morissette song.

So, you get the idea.

Pete’s take: This is some bizarre shit. So, what is Briles trying to say here? HEY AT LEAST OUR ALLEGED RAPISTS ARE SMART!?!?


There is no way Briles cleared this with the Baylor PR department. Then again, he’s been above the law this long, why bother asking for permission now?

On yesterday’s podcast I defended Briles (to an extent), and wondered whether or not ESPN was fairly covering the story. But this kind of nonsense is impossible to defend. It reeks of arrogance and aloofness, while not understanding or respecting the severity of what has happened already (example: Sam Ukwuachu, Shawn Oakman), and now what is being alleged.

Podcast: Is ESPN honestly and fairly covering the Baylor football scandal?
2016 Big 12 Football Over/Unders (that are available)
To Top