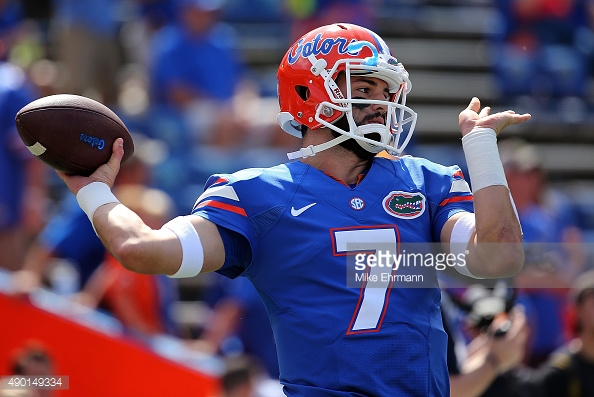 West Virginia coach Dana Holgorsen said on Friday he expects suspended former Florida quarterback Will Grier to be eligible for the start of the 2017 season.

Holgorsen said in a statement that Grier is enrolled at West Virginia, but he could not officially confirm his eligibility until the summer of 2017.

“However, I fully anticipate him being eligible for the opening game of the 2017 season,” Holgorsen added.

Grier was impressive during his brief tenure in Gainesville where the Gators started the season 6-0. In Greir’s six games played as a redshirt freshman, he completed 66 percent of his passes for 1,204 yards, with 10 touchdowns and three interceptions.

Pete’s take: This is great news for Will Grier and for the Mountaineers. WVU will need a replacement for Skyler Howard, and Grier, who was impressive in his short stint, can hopefully be the heir apparent.

Some believe Grier is ‘skirting the rules’ because he essentially picked up a half a year of eligibility by transfer. My response to that? Screw the NCAA and their bullshit rules. The idea that they are ‘looking out for the student athletes’ is total garbage anyway. So, if someone can use their rules against them to benefit themselves, I am all for it… especially if the rule broken was nothing egregious.

Grier is a great grab for WVU and will hopefully pay off for Dana Holgorsen in 2017.