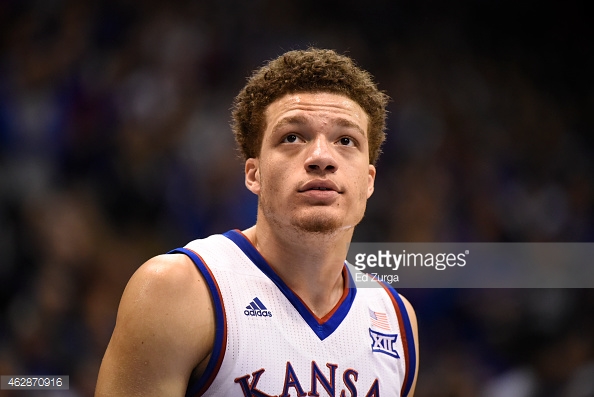 This is some scary stuff coming out of New York City on Saturday.

KUSports.com reports that Greene escaped a blazing car accident late Friday night in N.Y., and survived the ordeal with what appear to be only minor injuries.

According to Greene’s father:

“Brannen was trapped inside a car as a (ride-sharing service) passenger following an accident at Major Deegan Expressway, Bronx, N.Y., and 233rd St., after arriving from Los Angeles where he had NBA team workouts. The car was struck from behind with so much force it immediately went airborne, came down on a guardrail (with Brannen in back seat), went airborne again and caught fire. It exploded no more than five seconds after he escaped through an opening in a shattered window.”

Greene finished his junior year at KU and declared for the NBA Draft in March.

Pete’s Take: Talk about plenty to be grateful for. What a scary situation for Greene and his family. Thankfully the young man appears to be OK and can continue with his preparing for the next level. On the court, Greene declaring for the draft remains one of the more perplexing moves of the offseason. He’s unlikely to be drafted and will have to latch on with someone this summer. I realized his poor relationship with Bill Self was like a reason for this move, but why not just transfer? Either way, good luck to Brannen.

Can Facebook, Amazon or Netflix save the Big 12?
Predicting 2016 Big 12 football win totals
To Top