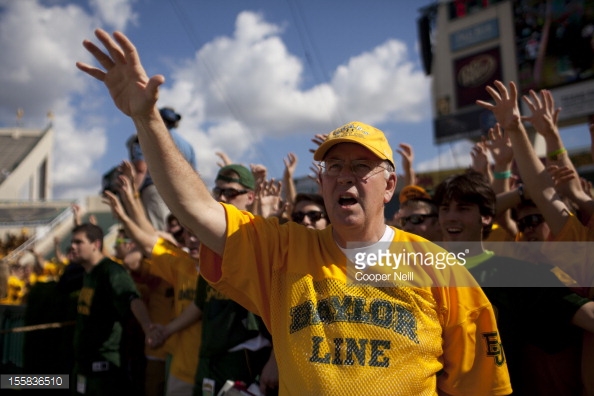 Well, it’s certainly a start to cleaning up the debacle in Waco.

On Tuesday morning Chip Brown at Horns Digest reported that Baylor University planned to oust President Ken Starr, who has been at the University for six years.

Brown went on to write:

The only thing that is clear, according to sources, is that Starr – not Briles – is going to be the fall guy for the school’s inaction after at least six Baylor female students reported they were raped or assaulted by BU football players from 2009 through April 3, 2016.

A source close to Starr said he might not go quietly if terminated.

“The feeling is if the board got rid of Art (Briles), they’d be sitting in a $300 million mausoleum instead of that new football stadium,” one source close to the situation told HD.

Pete’s Take: Well, you know what… this is going about as I would have expected. Find the fall guy who really will have zero effect on the football product. That is Ken Starr. Baylor can go around and pump their chest saying, “we’ve taken this to the top and fired our President!” Meantime, Briles is the one who was ultimately more responsible, and should be held more accountable, than the President, who has far more pressing matters outside of football.

That being said, the final quote is beyond accurate and damning. If they fire Art Briles, Tom Herman is not walking through the door. He’s reportedly turned down bigger jobs. He is going to stay in Houston until an elite program comes calling. He can afford to wait.

By firing the President, it allows Baylor to portray the image of doing something and taking this all very seriously, while at the same time protecting and preserving the multimillion dollar on field product. That’s where this is headed… it all makes too much sense.