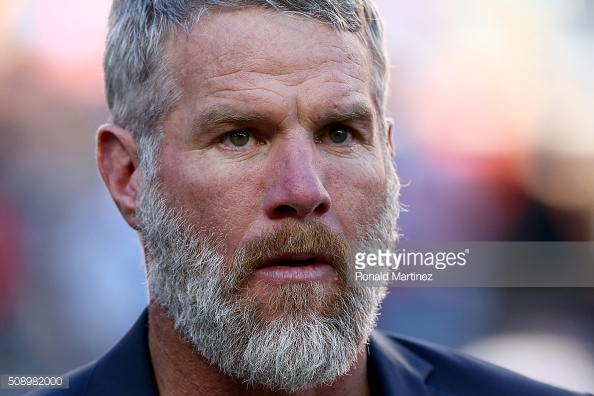 Thankfully, he wasn’t there to share any dick pics.

Favre was on campus with his high school daughter, who is a senior, on a standard college campus tour. After getting the regular tour, Favre made sure to make his way over to the football facilities, where several players got a chance to take pictures with the legendary ‘Packer’.

Glad I got the chance to talk with @Favre4Official after our workout today ☝?️ pic.twitter.com/Pv2xkYeP3T

If Favre’s daughter ends up furthering her education in Morgatown, might Holgorsen considering using Favre as his QB’s coach? I would be OK with that… then again, as good as Favre was during his career, there was far too much of this in big games.