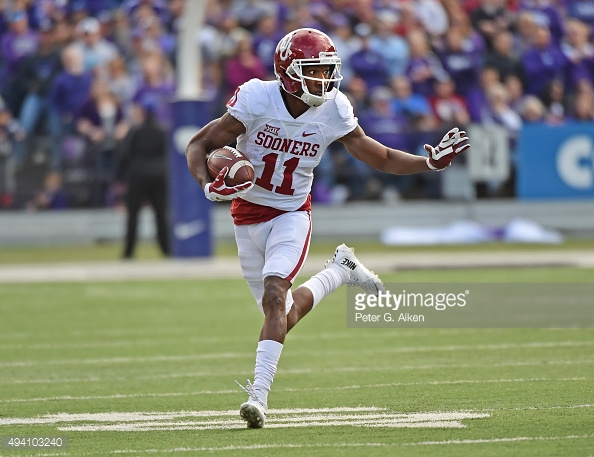 Well, Oklahoma WR Dede Westbrook getting arrested isn’t the kind of news Oklahoma Sooners fans wanted to wake up to on Wednesday morning.

So hopefully, it’s just something stupid and minor like this. Maybe it turns out the land owner was a Longhorns fan??

But, as more information becomes available on the Westbrook arrest we will be sure to update it here. In the meantime, this could be a big deal… or could be a minor incident. Hopefully, for Westbrook and the Sooners, it’s the latter. With Sterling Shepard gone, Westbrook, along with Penn State transfer Geno Lewis, was expected to pick up much of the slack and build on last season, when Westbrook caught 46 passes for 743 yards and 4 touchdowns.

Also, if this turns out to be a big enough deal where Stoops needs to suspend him, even if just for a half, remember the Sooners don’t open up with a cupcake. They have to play a likely top-15 team in the Houston Cougars.