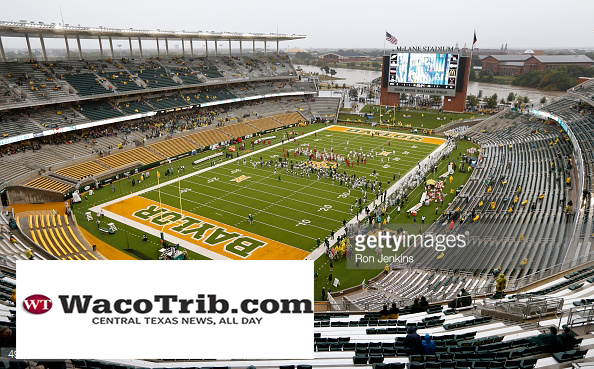 Wow. Now, I am all for reader reaction and uncensored media. In fact, that is what we pride ourselves on here at Heartland College Sports: giving you Big 12 knowledge, information and opinions that are free from major media outlet bias. But, here is a totally disgraceful opinion in the ‘Readers sound off’ section that was actually published by the Waco Tribune:

Really? What a joke. Victim-blaming? Don’t get me wrong, there are people who probably agree with Allen Johnson from China Spring. But, it’s just wrong. The University had multiple rape accusations and arrests involving football players over a few-year span and your answer is women should not be frolicking around night clubs? You can’t make this shit up.

If you recall, this was what was in the affidavit from when former Baylor player Shawn Oakman was arrested:

The affidavit, drafted by Waco police Detective Sam Key, said the woman met Oakman at a Baylor-area bar on Speight Avenue and Oakman asked her if she wanted to go to his residence. They walked to Oakman’s duplex and Oakman “forced” her into a bedroom, according to the affidavit.

Yea, if only that poor woman wasn’t wearing such a revealing outfit! What a slut! I mean, come on with that kind of BS.

This really makes you question the judgement of the editors and powers-that-be at the Waco Tribune. First off, I wonder if they were part of any kind of cover up? You mean to tell me no one in their sports department that covers this team on a daily basis had any idea of these stories over the past 5+ years? It took a national media outlet like ESPN to come in and expose the program?

It’s garbage like this in small college towns that makes you question who is protecting who, and who has what agenda.

As far as I’m concerned, the credibility of this newspaper is shot. Good riddance.