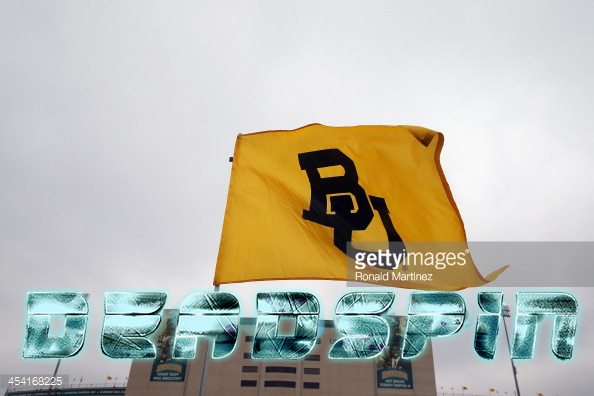 Remember when Deadspin used to be innovative and unique, rather than just liberal, left-wing propaganda bullshit? I do.

Well, that isn’t the case anymore. It hasn’t been for a while. And the most recent proof of that is their coverage of the scandal surrounding Baylor University’s football program and the rape allegations that went unattended.

In much of their coverage of the Baylor scandal, whenever they mention Ken Starr’s name, they refer to him as “(yes, that Ken Starr)”, and link back to this Washington Post piece that details the Starr report dating back to the Bill Clinton administration.

So, you see what’s going on here? There is such an absurd amount of irony in these articles by Deadspin, which have been written by usual suspects like Tom Ley, or in this most recent case, by Diana Moskovitz. They are the ones who are full of shit.

Deadspin has covered the Baylor story with outrage, as many media outlets, including us, rightfully have. But, Deadspin has made the entire thing personal with their liberal agenda.

Later in the piece by Moskovitz, she writes about this interview Starr did with a Waco TV station:

What’s the point in bringing up, over and over again, the fact that Ken Starr was, of course, the mastermind behind the Starr Report, an investigative account of then-President Bill Clinton. And what’s the point in noting Merrie Spaeth worked for the Reagan administration as the director of media relations?

It’s like this is nearly 20-years in the making of ‘getting back at Ken Starr’ for daring to attack their ‘boy’ Slick Willy. It was Starr’s report that led to the impeachment of Clinton by the House of Representatives.

But, the irony is that the same group of people that are rightfully hammering Baylor and their President, are using it in a sneaky and very personal way, to defend someone who has been accused time and time again of breaking the law and treating women like shit.

Remember, it’s not just Monica Lewinsky and the horrible things she suffered through, courtesy of the Clintons, after the story broke. It goes back to Juanita Broaddrick, who was allegedly raped by Clinton in the late 70’s.

I was 35 years old when Bill Clinton, Ark. Attorney General raped me and Hillary tried to silence me. I am now 73….it never goes away.

Look up Broaddrick’s story when you have a few free minutes. It’s air tight and has been given credibility by multiple media outlets.

In Spaeth’s case, there is no connection between her GOP ties and what is being discussed as it relates to the Waco TV interview. None. Deadspin is using it as an excuse to once again convince you: she’s a bad person … and of course she has Republican ties.

So, what is Deadspin’s motive here?

It’s to attack Ken Starr as a dumb, hypocritical pig, while of course reminding you of his conservatives ties (same with Spaeth). Meanwhile, that’s not really the story. This is not about politics. But, in their eyes, any chance to hammer someone, and get the chance to tell you, “oh yea, this guy is a conservative”, they’ll take it and run with it.

The story is about complete institutional failure, yes from the President’s office, all the way down to assistant football coaches. Was Ken Starr wrong? Yes. Should he have lost his job? Yes.

Regardless of what Deadspin wants you to believe, the story goes far beyond Starr and his political ties. The fact that they tell you otherwise makes them the dumb, hypocritical pigs.