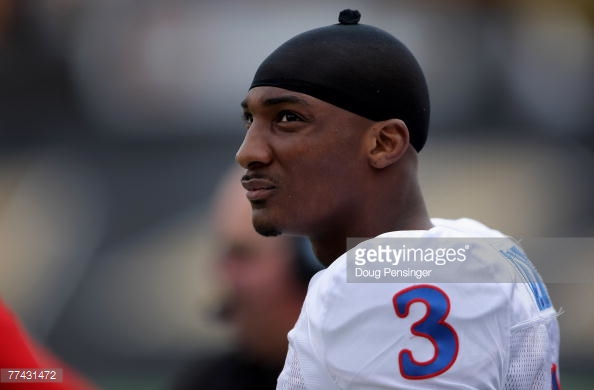 A breaking report from WFAA TV in Dallas reports Broncos cornerback Aqib Talib has been hospitalized after he was shot Saturday night.

Lopez reported that Talib was one of three people shot after a fight in V Live, a Dallas night club, and that Talib is at Medical City Hospital.

According to the Broncos, it was a leg injury:

We’ve spoken with Aqib Talib, who is being treated at a Dallas hospital for a gunshot wound to his leg. He’s OK & we’re gathering more info.

Talib has had a couple other off-field run ins, most notably he was indicted but later cleared on charges in Dallas County that he pistol-whipped and shot at his sister’s boyfriend.

Talib attended the University of Kansas, where he played for the Kansas Jayhawks football team from 2005 to 2007.

At 30 years old, he has played the last two seasons with the Broncos and has been named to the Pro Bowl in both seasons. A veteran of nine seasons, Talib is a three-time Pro Bowler who has eight career interceptions.

Former Kansas C Jeff Withey blasted by Playboy Playmate girlfriend
How should the Big 12 split up it’s divisions?
To Top