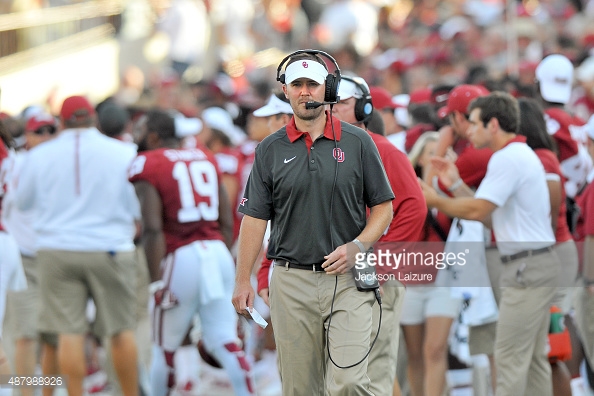 Since we are just 13 Saturdays away from college football being back, some lists are starting to be put out. Most recently, it was Athlon listing their “15 Best Coaches Under 40 for 2016”.

The list included four Big 12 coaches … in just the top 10, no other conference had more than two in the Top 10.

The order for the Big 12 went:

Kudos to all four of them for making the list, as it’s well deserved. But, some thoughts on Athlon’s list:

I get that the head coaches are ranked higher than the coordinators, based simply on the importance of their roles. But, I hate to admit it, the shine has worn off of Kingsbury quite a bit the past couple of seasons. He’s 10-17 as a head coach in the Big 12 and they’ve had amazing second-half-of-the-season meltdowns.

Kingsbury isn’t going anywhere, he has this year and next before his seat gets hot. But, it certainly isn’t cool.

I would’ve had Campbell as the number 1 guy on the list. Successful at Toledo and now rocking and rolling at a Power 5 program. Plus, it’s Iowa State which is not a powerhouse, yet he’s already had success on the recruiting trail with the way he closed out the 2016 class.

Riley is a great choice who is going to be a head coach sooner than later. As for Cumbie, he almost bolting for the Longhorns before deciding to stay in Fort Worth.

If I were doing this list, based on just the Big 12 coaches, I would go:

It’s not disrespect to Kingsbury, but the reality is, what Cumbie did to a sluggish TCU offense and QB Trevone Boykin, and what Riley helped implement at OU, cannot be overlooked. They both entirely changed the outlook of the program. Sure, Campbell hasn’t proven anything yet at the Power 5 level, but he closed on the recruiting trail hot, more than you can say about Kingsbury to this point.

Give us your ranking of those four in the comments below!