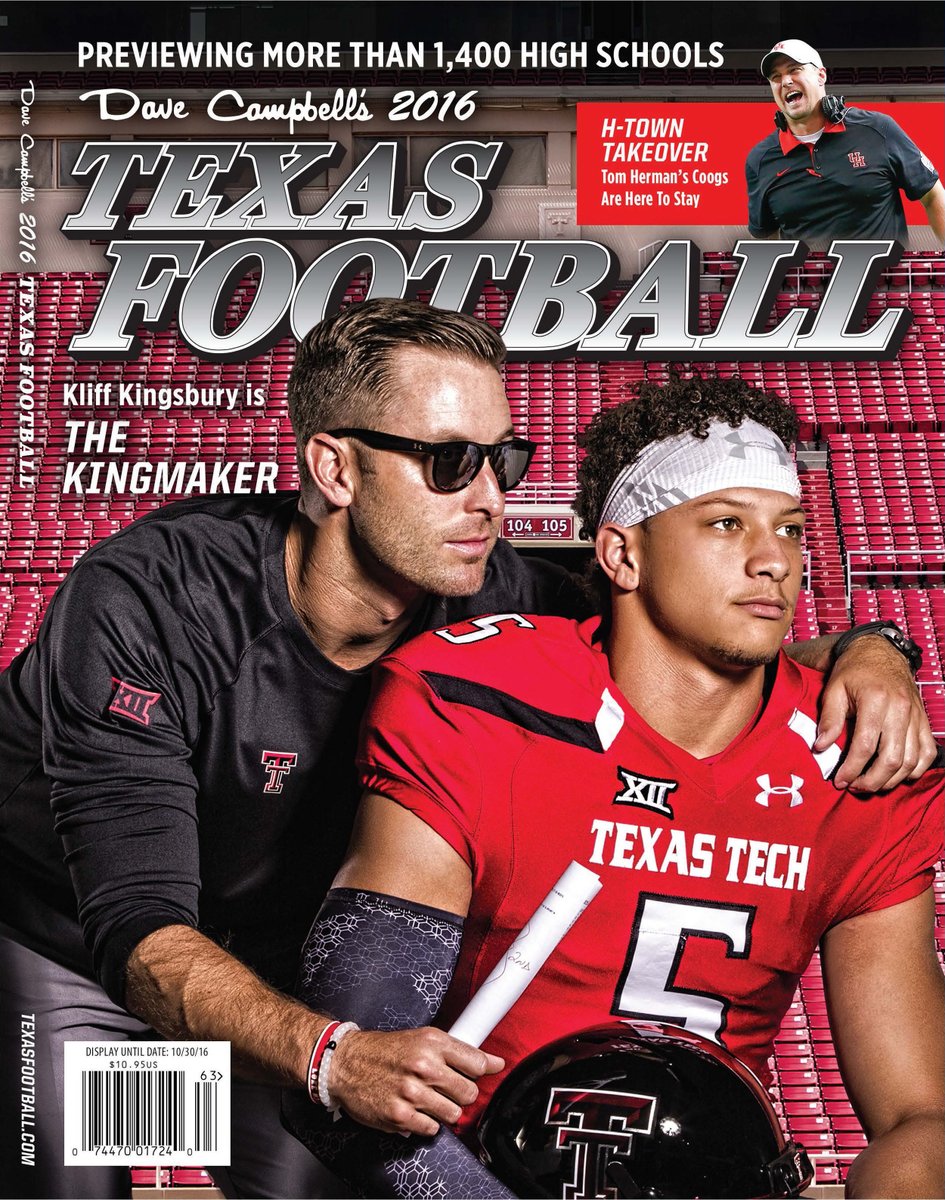 The pressure is really on Kingsbury this year, who for the most part has received a nice pass since taking over as head coach in Lubbock. He has a quarterback who I believe is going to end up being a Heisman finalist, and with defensive coordinator David Gibbs, has to begin turning things around on that side of the ball.

@dctf @PatrickMahomes5 the last time we made the cover… Great season but this one is going to be better! #GunsUp pic.twitter.com/aU8Xxvld6Z

The Red Raiders’ appearance on the 57th edition of “the bible of Texas football” marks their first appearance on the cover since 2008. The style of the magazine is a nod to the iconic 1963 cover of Dave Campbell’s Texas Football featuring Texas coach Darrel K Royal and quarterback Scott Appleton.

The magazine will hit newsstands June 24.