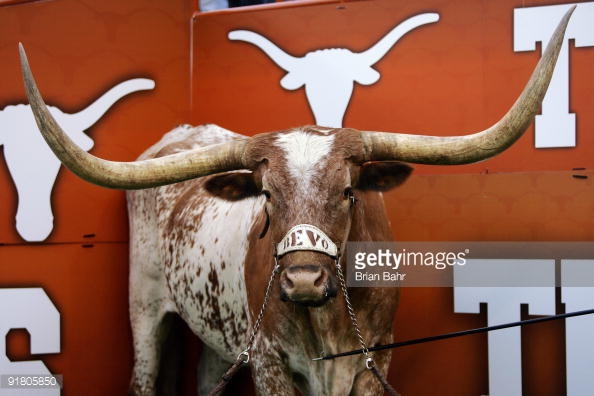 So, apparently Thursday, June 16th is National Mascot Day. News to me? You bet.

But, in honor of it, let’s go ahead and rank the Big 12 mascots, from worst to first. Give us your thoughts and opinions in the comments!

Sorry, TCU. The Horned Frog is just a total weirdo. According to the TCU website, “four students helped make the decision in 1897.” Who were these four jackasses and how stoned were they when they decided on a four inch lizard to become the mascot? Maybe they secretly hated their time at the university and wanted to find a way to punish the school into eternity. If so, they succeeded.

He seems friendly enough, but once again, what gives? You’re the Cyclones, which I understand is hard to duplicate in a mascot. But, maybe more importantly, why pick the Cyclones to begin with? There are NO cyclones in Iowa. They have these things called ‘tornadoes’. According to the National Ocean Service, “The same type of disturbance in the Northwest Pacific is called a “typhoon” and “cyclones” occur in the South Pacific and Indian Ocean.”

So, while the name Cyclones may have been chosen when people called tornadoes cyclones, the reasoning is ridiculous. They should’ve just switched to the Cardinals or something years ago when they realized how silly it sounded to call themselves the Cyclones. Just my two cents.

So, whoever it was at Iowa State decades ago picked a crappy team nickname that is impossible to make a mascot out of, that is not even geographically relevant, and as a result ends up with Cy the Cardinal? Not a good situation in Ames…

There’s nothing really wrong with Willie. But, then again, there’s nothing all that special. First off, the Wildcat is the most overused and cliche nickname/mascot of all time and Willie’s look is pretty run of the mill. There’s not much to complain about when it comes to Willie, but there also isn’t a whole lot to like.

Unlike TCU, at least Baylor made the right choice. Baylor.edu writes, “On December 14, 1914, the students of Baylor voted to have a bear represent the University as mascot. Among the mascots nominated were buffalo, eagle, antelope, bookworm, and bear. The bear won by little more than half of the 406 votes cast.”

At least they didn’t go with the bookworm, that’s right up there with the horned frog. It would be cool if Baylor had a Bear on the sidelines during games (obviously chained up, like Bevo. That would be pretty sweet.). Baylor Bear, no complaints here.

The history is fascinating behind the Jayhawks (Jayhawks.com): “During the 1850’s, the Kansas Territory was filled with such Jayhawks. The area was a battleground between those wanting a state where slavery would be legal and those committed to a Free State. The factions looted, sacked, rustled cattle, and otherwise attacked each other’s settlements. For a time, ruffians on both sides were called Jayhawkers.”

The Jayhawk nickname is relevant, has a great history, and isn’t cheesey. That’s almost all you can ask for in a mascot.

Pistol Pete is a badass and deserves to crack the top 5. The only thing that would make him even cooler is if his character actually rolled around with a couple of real and loaded pistols on his side and strolled around the opponent’s sidelines during games as an intimidation factor. I know, it would never happen. But, it’s always fun to dream.

Oh, by the way, being Pistol Pete doesn’t pay half that bad: Pistol Pete appears at other special events (birthday parties, wedding receptions, etc). The fee is .75 per mile round trip and $100 for a 30 minute appearance.

$100 for 30 minutes of goofing around in a 45-lb Pistol Pete head garb? I’m sure it gets warm in ‘the head’, but sign me up. In this Obama economy, that’s an helluva hourly rate.

I’m a big fan of the covered wagon reminiscent of of the 1899 land run. I love how the school incorporates this history and use real horses on the field during games. Have any of those ponies ever taken a dump on the field while racing across? Maybe the new horse on the block? Guy had a nerves before frolocking in front of 80,000? I’ve never seen it, but that doesn’t mean it hasn’t happened.

The Ruf/Neks, OU’s all-male spirit squad, maintain and drive the Schooner and seem like your pretty standard frat bros. Either way, it’s probably a great pick up line at parties.

Speaking of great pickup lines at parties, imagine being the ‘masked rider’?

The Masked Rider is the oldest and most popular mascot of Texas Tech University that still exists today. Originally the Masked Rider started as a dare in 1936 and was then called the ghost rider, because no one knew the rider’s identity. These ghost riders circled the field at home football games and then disappeared.

The Masked Rider edges out the Sooner Schooner because he gets all the glory to himself rather than having to share with the other Ruf/Neks. I’m sure the Masked Rider has to mask his rider often once the sorority girls find out who his is. Boom!

You probably would think this WVU Mountaineer man who be the big ladies man, but I don’t think so. Reason being, every one of these guys I’ve seen is actually hideous looking and fits the bill as a ‘Mountain Man’.

The Mountaineer’s costume is tailored to fit each winner, and male Mountaineers customarily grow beards during their tenure to go along with the coonskin cap and rifle, although the beard is not a requirement for the mascot position.

Long story short, you can’t be selected as the winner and not grow the beard. That’s a death sentence. So these guys all grow these horrible beards that I’m sure they can’t stand and itch like crazy. But, you’re stuck with the beard for a good 8+ months.

So, if I spent all this time ripping the Mountaineer, why is he ranked #2? Because everyone knows your face and who you are. Maybe you’re an ugly SOB, but people love you, you probably don’t buy a beer the entire year, and eventually some girl will get drunk and stupid enough to go home with you because you’re the West Virginia Mountaineer. Go figure.

There’s nothing quite like the Longhorn steer. Admittedly, I’m fascinated by these animals, so I am admittedly a bit biased.

But, Bevo always has the best seat in the house in the end zone, and sometimes gets love from the players after a TD. Also, Bevo rides in style, rolling in a special burnt orange livestock trailer with his name on the side.

Bevo even gets to the big games (2006 Rose Bowl vs. USC), but also makes non-sporting events such as Bevo XIV who attended George W. Bush’s second inauguration in January 2005.

The only thing that sucks about Bevo’s life is that he doesn’t have his cajones. Other than that, he’s got it made.