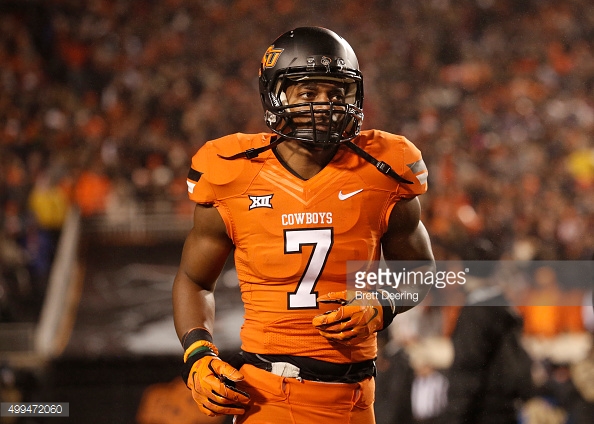 Former Oklahoma State wide receiver Brandon Sheperd has been arrested and charged with sexual battery. The arrest stems from an alleged assault on a sleeping woman in Panama City Beach, Florida, in March.

He is charged with sexual battery in connection with allegations at the Grand Panama Beach Resort in the early morning hours of March 20.

The affidavit was obtained by the Tulsa World through an open records request. It states police were dispatched to the resort about 3:30 a.m. that day to speak with a woman who reported being raped while she slept.

The woman went to sleep with clothes on but awoke to find a man on top of her and penetrating her, according to the incident report.

Police said she shoved the man off and that he fled on foot but left behind his underwear and a wallet that contained a Missouri driver’s license. The license belonged to Brandon La Troy Sheperd.

The wallet was tan with an Oklahoma State logo embossed on the front, the incident report states.

At 23 years old, Shepard appeared in court Monday and posted the $15,000 bond on Tuesday.

According to the Bay County (Florida) Courts’ online case file, Sheperd is scheduled to appear there for an arraignment on July 25.

Sheperd, whose listed address on the affidavit is in Chesterfield, Missouri, played at Oklahoma State from 2012-15. He appeared in 12 games, catching 23 passes, in his senior year this past season.