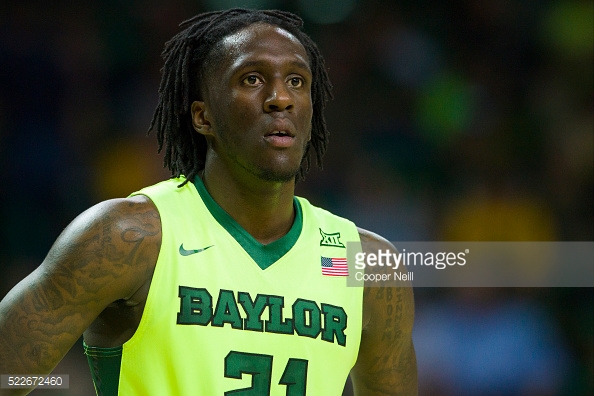 Wow. That came as a complete shocker.

The Utah Jazz was selected 12th overall by the Utah Jazz. Prince is expected to be the final piece in the proposed trade between the Jazz, Hawks and Pacers that sends Prince to Atlanta, Jeff Teague to Indiana, and George Hill to Utah.

Of course, Prince’s tenure will be remember as one of NCAA Tournament letdown. In Prince’s sophomore year the Bears made the Elite Eight. But, his junior season ended with an upset in the first round against Georgia State. And then once again this past March, the Bears were stunned in the first round by Yale.