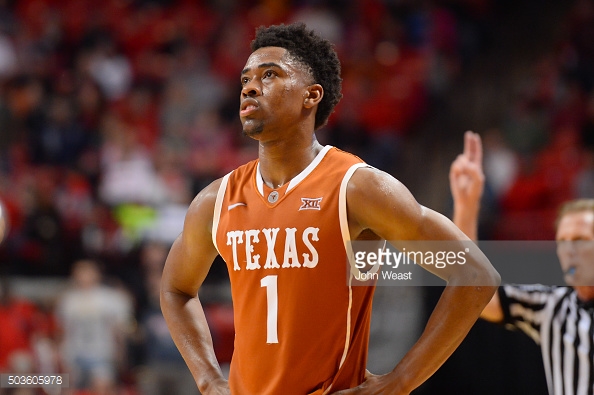 There was no better example of this than former Texas Longhorns guard Isaiah Taylor, who went undrafted, but then agreed to a partially guaranteed deal with the Houston Rockets.

Taylor was considering returning to UT after a junior season in which he averaged career highs with 15 PPG, 5 APG, while shooting 42% from the field. Not bad, but it was clear that Taylor could have used another season of improving his game. Specifically, in an NBA that has become so enamored with the three-pointer, Taylor was only a 30.6% shooter from downtown.

The best example of this is if you go back to the 2010 NBA Draft, you’ll find just four second round picks that are still on active rosters, and none of them are starters.

So, why do so many players end up being drafted lower than they expected, or even going undrafted, rather than returning to school for another year? Plus, what can be done about it?

Let’s be honest, I believe a lot of players get built up by scouts during combines. “Sure, you are probably borderline first-round talent.” “Yea, depending on how things develop, we might consider you in the late first/early second round.”

Too many of these players are getting smoke blown up their asses by agents, scouts, along with friends, families, and leeches just looking for a quick buck.

On Thursday night there was a record 15 international players taken in the first round. Think about that. Thirty years ago, that would’ve been 15 spots for guys we saw play college ball the past couple of seasons. Now, they’re guys from France and Croatia and Spain whose names I can’t pronounce.

Sure, if they can ball, they can ball, but it’s not really great for the fans. The NFL Draft is so popular because the large majority of these players we watched play every Saturday for at least the past two seasons. That’s no longer the case in the NBA Draft.

While some of these guys, who were really good college players may view themselves as  ‘stacking up’ against some really solid pro prospects, the international factor must be more heavily weighed into a decision than ever before.

To parlay off #2, the American, AAU, ‘look at me’ style that has permeated the game of basketball in our country is not viewed as fondly as the game the Europeans play. Their game is more team oriented, more about ball movement, and less about one-on-one street ball. This is strongly considered and respected by many in the NBA community.

The money, fame, and pressure that has created today’s environment in the U.S. of sketchy AAU coaches taking cash from recruits or agents, along with skewing the game to showcase certain players, has destroyed youth basketball.

I firmly believe that if an NBA team had a choice between an American who played college hoops at a Power  5 school or an international player, and their games were equal, they would go with the U.S. player. At least the U.S. player would be a recognizable name to fans. The fact that so many international players get taken tells you much about what you need to know regarding NBA front office’s opinions on today’s high school and college basketball landscape in the U.S.

So, what can be done to fix this problem?

Some are suggesting going to an MLB-style draft system where if guys don’t like where they are picked they can go back to school.

I hate that thought.

It’s time for these players and their agents, family, coaches, and friends to give them honest feedback and, in many cases, get/give a reality check to them and their loved ones.

You might think your kid is going to be an NBA star, but guess what, NBA executives think your kid is a mid-second round talent. Deal with it. Go back to school, improve your craft, maybe get your degree, and try again in a year.

I realize many of these families have difficult circumstances and a quick infusion of cash can be beyond helpful. But, for a family that has lived through poverty for 10-20 years or more, then why not continue to power through for another year? See if the young man’s skills can improve enough to reach that first round, get that guaranteed money, and try to build a solid NBA career, even if it means not becoming a superstar.

A great example of this is Corey Brewer. He decided not to come out in 2006 following his sophomore season at Florida, when he was projected to be a mid-late first round pick. He came back his junior season and landed himself in the lottery the next year. While he has not become an NBA star by any means, he has become a ‘nice’ NBA player and has made nearly $40 million in 9 seasons of NBA action.

Allowing guys to go back to college would just be feeding the beast and not addressing the real issue with today’s youth (of which I am a part of): entitlement. No, you’re not ready for the NBA. No, you’re not going to be a first round pick. Yes, you should go back to school, improve your craft and get a degree. Yes, it’s time to wake up, smell the roses, and get a dose of reality.