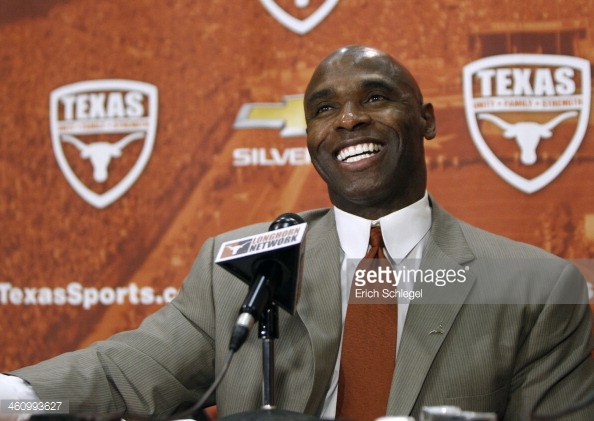 Not to beat a dead horse, but this is why I was always skeptical about how Texas fans suddenly became big time moralists following the Baylor scandal. Don’t get me wrong, what happened at Baylor was disgusting and there should have been major consequences. But, if you don’t think there was a football aspect to all of this (from the standpoint of rival fans), I’ve got a bridge to sell you.

Just days after five Baylor players were released from their National Letters of Intent signed in February, three of those players are going to be joining the Longhorns. Texas added four-star offensive tackle JP Urquidez and three-star athlete Devin Duvernay. His twin brother, Donovan, had committed to the Longhorns earlier in the week. Donovan was the recruit who Baylor forgot to file his NLI with the NCAA.

2016 athlete @DDuvernay28 (Donovan Duvernay) has committed to #Texas & signed his financial aid agreement with the #Longhorns.

But, it’s Uriquidez who is the star of the three. He was ranked as the No. 37 player in Texas and No. 244 nationally by the 247Sports Composite for his class.

These are three great additions for coach Strong after he closed in a big way on National Signing Day to land a top-10 class.