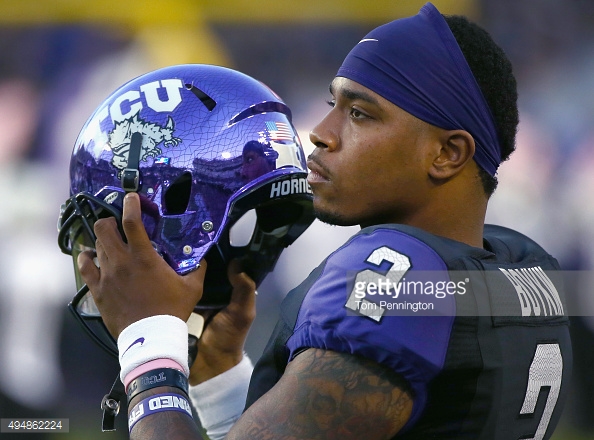 The troubles for former TCU QB Trevone Boykin stemming from a late-night incident in San Antonio in December aren’t going away.

Boykin has been charged with assault brought about by his arrest during TCU’s trip to San Antonio for the Valero Alamo Bowl.

According to Bexar County online court records, Boykin has been charged with assault causing bodily injury, which is a misdemeanor in Texas. The charge could result in up to a year in jail.

Boykin’s arraignment has been set for Aug. 1.

TCU coach Gary Patterson held him out of the Alamo Bowl for violating team rules. He was signed by the Seahawks in April after going undrafted.

“Trevone has already agreed to terms with the authorities on a lesser charge. He has been accountable and remorseful from the beginning. Trevone is looking forward to training camp starting July 30th and to competing for a roster spot.”

Boykin, who finished in the top-10 of Heisman voting the past two seasons, is expected to compete for Seattle’s backup quarterback job in training camp.