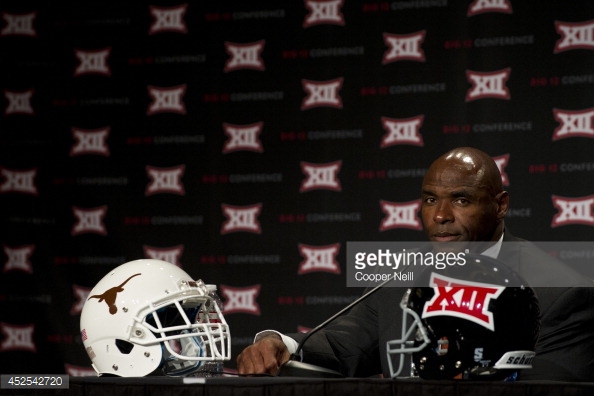 Whether you loved or hated the Baylor Bears recent success, you had to admit, it was good for the Big 12. The Bears gave the Big 12 another quality team, essentially replacing a Texas Longhorns team that has been mediocre for nearly a decade. The Big 12, or any conference for that matter, can not afford to have one regularly nationally relevant team. The SEC has half a dozen, the Big Ten has had a handful the past few years. The Big 12 had Oklahoma, Baylor, and Oklahoma State helping carry the torch the past few seasons (I left out TCU simply because it’s only been two years of Big 12 success).

The Bears are 32-13 since the Big 12 became a ten-team league, that’s second to only the Sooners. Since the sexual assault scandal that rocked the Baylor football program, heads have rolled (Briles, McCaw, Starr) and recruits have bailed (11 of 22 2016 commits). So, with Baylor latest defection, QB Jarrett Stidham, their most damaging, where does this leave the Big 12?

Frankly, it means the Longhorns need to finally get their sh*t together and become nationally relevant again.

Since a trip to the 2009 BCS Championship Game, the Longhorns are 41-35. That’s mediocrity at it’s finest.

On top of that, the Longhorns were the biggest benefactor from the Baylor fallout. Their recent additions from BU include offensive lineman J.P. Urquidez and WR Devin Duvernay (plus his brother, Donovan), so the Longhorns recruiting class is officially top 10 in the 2016 rankings.

Now, head coach Charlie Strong, who has had two years to clean up and reset the program, has to start winning.

Baylor may be able to salvage a decent season in 2016, but it’s clear that the program is no longer going to be ranked in the top ten in 2017 and beyond.

So, the Big 12 needs to replace that national prominence and relevance. The reality is, it’s better for the Big 12 to have Texas a top-ten team instead of Baylor. Baylor is a smaller, private college with a limited college football history. Meantime, we know the behemoth Texas is, and the ratings and attention they get when they were good.

If in 2014, TCU or Baylor, with their 1-loss resume, were instead rocking the Texas Longhorn logo on the front of their uniforms, I firmly believe the College Football Playoff committee would have included one of them into the Final Four.

So, while Baylor’s demise is not good for the conference, it can turn into a positive, if, and only if, the Longhorns can benefit and once again be a national attraction people care about.

The SEC is at it’s best when Alabama and Florida are great. The Big Ten prospers most with Ohio State and Michigan in control. The Pac-12 loves to see USC and UCLA with single-digit rankings next to their school name. It’s no different in the Big 12. Bob Stoops and the Sooners have done their share, for the most part, over his tenure. Now, it’s Strong’s chance in Austin to finally help pick up the slack.

Let’s call a spade a spade. TCU, Oklahoma State, West Virginia, and Texas Tech are all exciting programs who I thoroughly enjoy watching. But, they are not the kind of programs (reasons vary from history to market size and more) that will drive money, TV ratings, and eye balls to the screen. They will in West Texas or Eastern Oklahoma. But, what gets the fan in Georgia or California to decide to watch a Big 12 game over an SEC or Pac-12 match up? An undefeated Texas team in early November gearing up for a night game in Manhattan against Kansas State.

Plus, the other challenge for the Big 12 is as follows: all those programs in other conferences mentioned above are either CFB Playoff contenders or getting awfully close. Alabama, Ohio State, and Michigan are there, while Florida, USC, and UCLA are programs with a solid foundation, top recruits, and are building rapidly.

Right now, Oklahoma State and TCU are 5/1 favorites to win the Big 12, those are the second best odds after the Sooners at 2/3. Mike Gundy and Gary Patterson are fantastic coaches who have built impressive programs. But, neither are your traditional television needle movers.

You might think I’m attacking ‘your team’ with this article, but that’s not the case. Hell, I’d love to see TCU, OK State, or Texas Tech make a CFB Playoff. I’m happy for any Big 12 team that gets on that kind of stage. But, time and time again, we have to be reminded of the fact that television ratings and money drive the bus.

The best that can come out of Baylor’s stunning downfall is not more parity, but the Texas Longhorns once again become a national powerhouse that people across the country can’t wait to watch, week in, week out. If you hate the Longhorns, I’m sorry… but that’s the truth, and that’s the best way to keep the Big 12 relevant, stable, powerful, and successful.