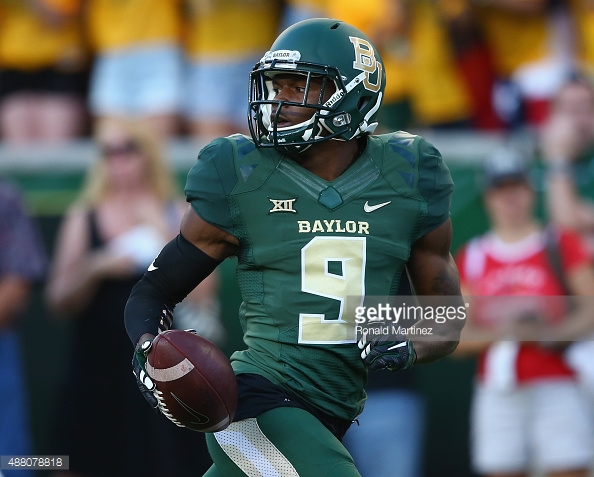 Finally some news about the Baylor football team that is related to … playing football.

Wide receiver KD Cannon will undergo a surgical procedure on his knee Tuesday.

Cannon confirmed the news, first reported by 247 Sports. The good news for the Bears is that Cannon is not expected to miss any time during the 2016 season.

Cannon is expected to be a huge piece of the offense after racking up 108 catches for 1,898 yards and 14 touchdowns in two previous seasons for the Bears. With Corey Coleman gone to the NFL, expect Cannon to be Baylor’s No. 1 receiving threat.

**If you want a chance to win FREE Big 12 gear from your favorite team, be sure tosign up for our weekly newsletter!**

Four Big 12 Tournament Seeds On the Line On Sunday

The Iowa State Cyclones finished off a winless Big 12 season with a 61-56 loss to Kansas State on Saturday, an end...

On Friday, head football coach Les Miles was put on administrative leave, after revelations of Miles’ past behavior at LSU toward female student...

Oklahoma Plans to be at Maximum Capacity This Fall