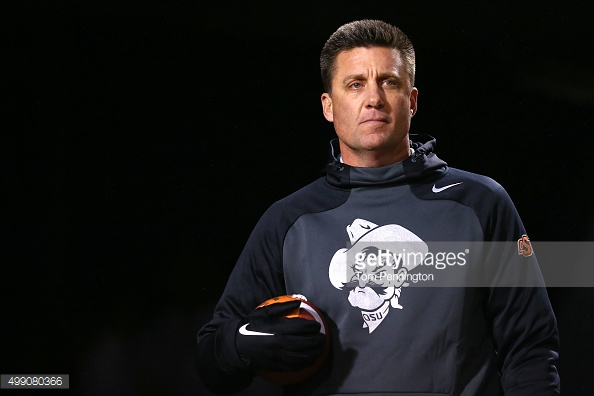 Mike Gundy has always been about business… in the front. Well, is Gundy now bringing back the party in the back?

The Oklahoma State head coach showed up to media days with a mini-mullet slowly working it’s way onto his head. Calculated? Or just a guy who’s barber happened to be out of town ahead of Media Days?

Is this actually a mullet? Will Gundy let it keep growing?

But, as many have pointed out, this is nothing new for the guy who once reminded us how much of “A MAN!” he was.

To be fair, this has nothing on Gundy’s college mullet. pic.twitter.com/co7F2ZeJJt

Count me as believing this is a calculated move by Gundy as a way to get some laughs, become ‘relatable’ to recruits who are following and watching, and just appear like an enjoyable and fun guy that young men would want to play for. BRILLIANT move by Gundy. My only question is: how long will his wife let him keep that rats nest?