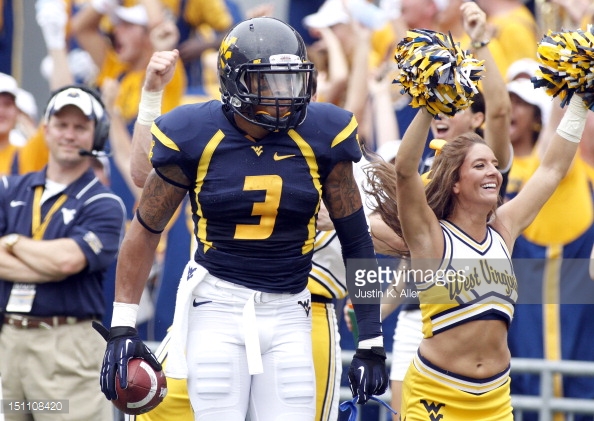 Stedman Bailey is returning home… at least to his quasi home.

WVU coach Dana Holgorsen announced Sunday that Bailey will join the staff and will also enroll as a full-time student to complete his bachelor’s degree in multidisciplinary studies.

It’s been a rough few months for Bailey, who was shot twice in the head while sitting in a car with his family in November back home in Miami. Last month, the Rams placed him on the reserve non-football injury list so he can stay around the team while not counting against its 90-man roster.

So, Bailey’s NFL future remains up in the air. He has not been cleared to return to playing football despite returning to workouts and getting multiple opinions. But, he was at Rams OTAs in June, helping out with the receivers and on special teams.

In a statement, Bailey said that while his playing career isn’t over, the opportunity to return to WVU gives him more time to heal.

But, Rams coach Jeff Fisher may have a different take on if there is a playing future for Bailey. Fisher said in a statement, he “couldn’t be happier” for Bailey and “wish him and his family the best as they step into the next chapter of their lives.”

Either way, it’s always good to see a guy go back to school, help young players, and start preparing for life after football.

2016 Big 12 Preseason All-Big 12 Team Announced
Can the Mountaineers Compete for the Big 12 Title?
To Top