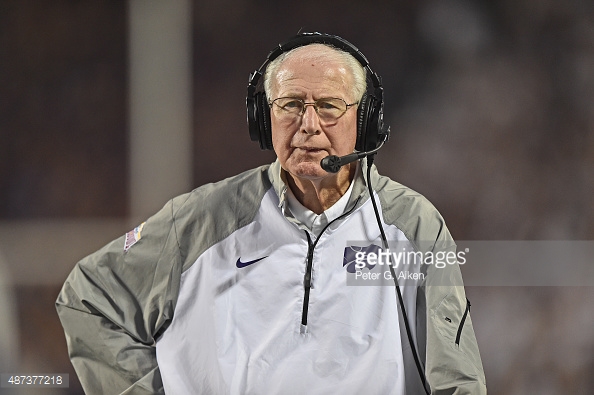 The Big 12 Conference is currently looking into expansion and the next wave of conference realignment could see teams reuniting with former conferences.

“I may be wrong and other people may see it differently, but I don’t think anyone could be in a better situation than the teams we have in our conference,” Snyder said. “I’ll tell you what. There are teams that left our conference right now that wish they could get back in our conference.”

Snyder did not mention which schools want to rejoin, but he did respond to a follow-up question by saying “Two I know of”.

This comes one year after Snyder publicly stated that there are some teams he think the Big 12 Conference should consider that no one is mentioning during the 2015 Big 12 Media Days press conference.

The discussion started when Snyder was asked about the stability of the conference and if he thinks it will survive. Snyder responded with a positive message for Big 12 Conference fans.

“Some people can say, ‘Well, so-and-so could bolt off and go somewhere else if they don’t get what they want,’” Snyder said. “Where do they go? Who is in our conference right now that could go somewhere else and be better than where they are.”

The Big 12 Conference announced during a teleconference Tuesday afternoon that it is looking into the possibility of adding two to four teams.

Enter to win this FREE Kansas State Wildcats tee shirt!
Would Nebraska or Missouri ever come back to the Big 12?
To Top