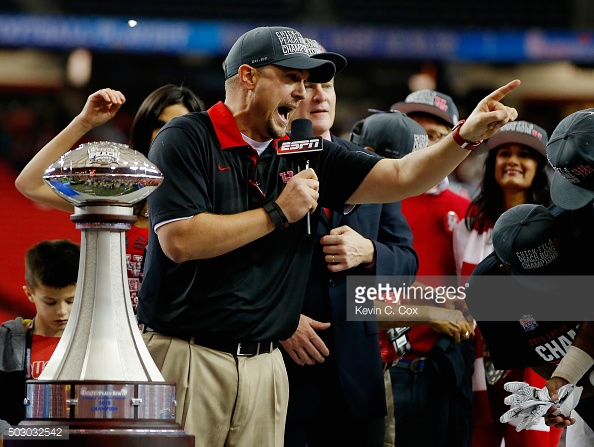 Incase you missed it, Tom Herman commented on Monday about our story from last week regarding a meeting we reported between his camp and Baylor University. Herman adamantly denied the report, and said, “When I do my job poorly or when I make a mistake in my job, there are tangible repercussions of that. It feels like now that our media – if that’s what you want to call some of these guys with a smartphone in their hand and sources – there are no repercussions. There’s no restitution for me.”

“It’s just a shame that that’s the way that media is today,” Herman said. “I just wish there were more repercussions and punishment for those when you get it wrong. Just like my kids, you screw up, you screw up. Say it. ‘I screwed up. I apologize. I screwed up.'”

To read the rest of the story in the Houston Chronicle, please click here.

We stand by our story that University of Houston head coach Tom Herman’s agent was in Waco to discuss the head coach opening at Baylor University. On Wednesday night, Heartland College Sports received a tip that Herman had a face-to-face meeting with Baylor personnel in regards to their head coaching vacancy. Considering the attention both the Baylor and Herman have received in recent months, in combination with HCS’s singular goal of delivering Big 12 fans the most comprehensive coverage of the conference as possible, we were obviously intrigued by this story. After confirming with additional sources we decided to run it as a breaking news item on Thursday morning.

The story was, understandably, met with immediate skepticism. To compound matters – and, as many have pointed out – we amended our report Thursday afternoon to indicate that the meeting was, in fact, with Herman’s agent. This occurred after conferring with additional sources. While we felt good about a Herman meeting, we felt even better about the agent meeting. The change was made on our site in an effort to uphold the journalistic integrity that HCS has adhered to since its inception.

After our report came out Thursday morning, we had multiple major media outlets, including 24/7 Sports and Rivals, confirm our story and stand by it as well.

We are aware that Herman flatly denied our report. Given what’s at stake for Herman and his current program as the 2016 season quickly approaches, we understand his denial.

As always, we thank you for reading and following Heartland College Sports.