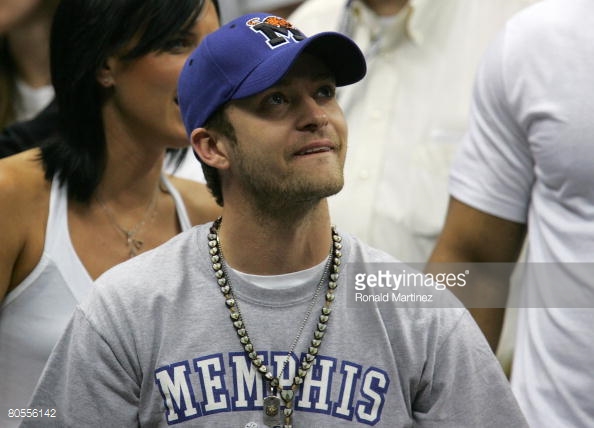 From FedEx to … Justin Timberlake? As part of the rush to Big 12 expansion, there certainly has been quite a few big-timers lining up in favor of the Memphis Tigers. Now, the ‘Sexy Back’ singer is getting in on the mix.

Timberlake was born and raised in Memphis and is known to be a big Tigers supporter.

Does this help their cause any? Probably not. Unless, JT promising to play a halftime show of every Big 12 Championship Game, which will be sponsored by FedEx. If those two parties can work out this kind of deal, then I’m all for it. This kind of deal would make up for Memphis’ poor academic standing, which may prove too much to overcome.

Timberlake has been more active in the sports scene lately, as he’s also part owner of the Memphis Grizzlies. If he can be a player in Big 12 expansion, then JT has more swag than even I thought (which I didn’t think was really possible).