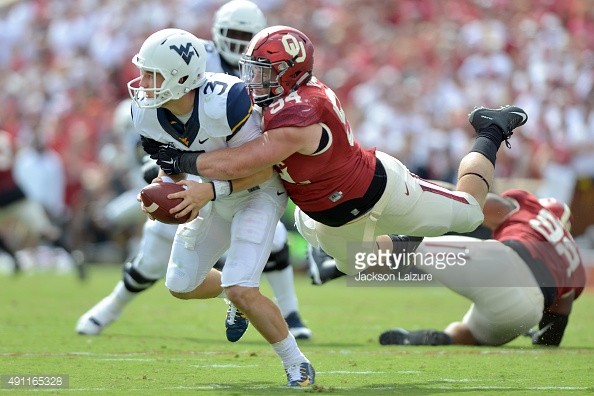 With the season just weeks away, what better time to discuss teams that may have unrealistic expectations, along with those who should have a little more pep in their step than folks in the media are giving them.

Oklahoma Sooners: Now before OU fans freak out, understand the meaning of overrated in sports. OU is a 2/3 favorite to win the Big 12 and every one of its fans expects to win the Big 12 and be in the College Football Playoff. Yes, they should have those expectations after how last season went, along with the fact that they return a Heisman favorite in QB Baker Mayfield.

But, the Sooners are replacing six starters on defense that was and will be leaky at times, have wide receivers that need to prove their worth, and open with a brutal schedule that includes non-conference games against Houston and Ohio State. So, if all else was equal, do I think the Sooners will win the Big 12? Yes, I do. But, with expectations as sky high as they are, combined with a handful of issues they will be dealing with, I’m putting them in the overrated category.

TCU Horned Frogs: So, how much of TCU’s offensive success has been the new spread-scheme from the past two seasons? Or, how much of it was an awakening by Trevone Boykin? This season will be the tell-tale sign as Gary Patterson will have to decide between Foster Sawyer and Kenny Hill taking the snaps. The Horned Frogs are loaded on defense and should boast the best one in the Big 12. But, if the QB position is not figured out, how much does the rest really matter? Look at Auburn last season. The Tigers went into 2015 as one of the favorites to win the SEC and a National Title. But, it all fell apart when Jeremy Johnson never lived up to the hype under center.

TCU’s schedule is manageable, with two bye weeks nicely scheduled a month apart during conference play. But, if Kenny Hill reverts back to some of the tendencies that got him benched at Texas A&M and Foster Sawyer can’t handle the spotlight, then the rest won’t matter … or won’t matter as much.

Texas Tech Red Raiders: I’ve been a long supporter of Pat Mahomes for Heisman, although he does need to replace some key offensive weapons, most notably RB DeAndre Washington, along with much of the offensive line. Still, the Red Raiders were picked 6th in the Big 12 Football Media Preseason Poll. This seems awfully low considering the offensive explosiveness this team has and is capable of. There does not appear to be that one stud wide receiver, but as a group, this unit is very strong.

Tech’s schedule is backloaded, so they very well could open the season at 5-0 with games against Stephen F. Austin, Arizona State, Louisiana Tech, Kansas, and Kansas State. By then, maybe the improved defense learns to stop the run and has the confidence to hang with the ‘big boys’ and start making some long-awaited noise in the Big 12? Plus, between September 17th and November 11th, they play one game outside the state of Texas. That could keep them well rested for a run down the home stretch. I’m not going to take that to the bank, but it wouldn’t be the most shocking thing to happen in the Big 12 this season.

West Virginia Mountaineers: Dana Holgorsen has yet to meet the expectations of a WVU fan base that still thinks this program should compete like they did in the Big East. That’s just not going to happen. But, WVU was picked all the way down at 7th in the Preseason Media Poll. QB Skyler Howard returns and looks to build off a huge bowl game where he threw for over 500 yard against Arizona State. Also, WVU returns seven offensive starters and four of five on the offensive line. Daikiel Shorts is back at wide out with Shelton Gibson, and don’t forget about Gary Jennings, Javon Durante, and Ka’Raun White.

Critics will say WVU lost 8 starters on defense, sure they did, but they are being replaced with several juniors and seniors, and return 2 of 3 on the defensive line, including Noble Nwachukwu, who was one of the conference’s sack leaders with 8.5 last season. Once again, you won’t find me in Vegas placing five-figure bets on the Mountaineers to steamroll through the Big 12. But, seventh seems awfully low for a team that, if most things break right, will find themselves winning 9 games this fall.

Lincoln Riley: Joe Mixon will be a captain one day
Big 12, BYU cannot back down to LGBT pressures
To Top