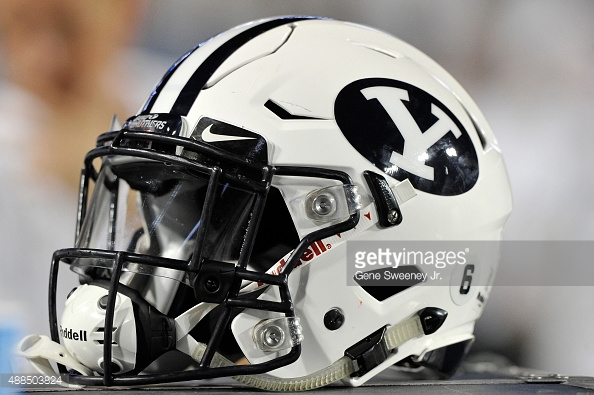 There were several reports that began surfacing on Monday regarding BYU having a new roadblock to potentially join the Big 12. That roadblock? LGBT groups.

Athlete Ally and the National Center for Lesbian Rights sent a letter to Big 12 administrators asking to not let BYU join the conference. The letter was signed by 23 other pro-LGBT groups and details what the coalition of LGBT awareness groups say are discriminatory policies in BYU’s honor code.

In the letter, Athlete Ally writes, “Given BYU’s homophobic, biphobic and transphobic policies and practices, BYU should not be rewarded with Big 12 membership.”

BYU is more than open to accepting gays and lesbians, but their honor code does state, “Homosexual behavior is inappropriate and violates the honor code. Homosexual behavior includes not only sexual relations between members of the same sex, but all forms of physical intimacy that give expression to homosexual feelings.”

For a little background, Athlete Ally was a main player in shaming the NBA to move the 2017 All-Star game out of Charlotte, a move that was weak, uninformed and contradictory. Ironically, the NBA has no problem making money by playing games in China, which has an exponentially worse track record on human rights than the city of Charlotte.

Alas, that is neither here nor there. Athlete Ally is not an inclusive group, in fact, they are a terrorist group that will try to destroy anyone who disagrees with their views on life and religion.

For the record, I am a conservative, but I am pro gay marriage. It’s just not a topic that is anywhere near the top of my political agenda, unlike economics, national defense, and government overreach.

But, I defend BYU’s right, as a private, religious-based institution, to have a policy that accepts gays to the University, but does not approve of “homosexual behavior”. BYU is open about its honor code and any student can look it up prior to applying or deciding to attend. Let the free market determine whether or not people support or accept the honor code. If it was such a big issue nationwide, BYU would have limited applicants, would be unable to fund the University’s operations, and would have to close its doors. That’s clearly the furthest thing from the truth as they have nearly 30,000 students to go along with a nearly $1.5 billion endowment.

This is exactly the type of issue the Big 12 has no business letting decide whether or not BYU should be welcomed into the conference. The decision should be based on academics, athletics, potential TV revenue, and overall conference fit.

The Big 12 has an image problem, but maybe not the one you’re thinking of. The Big 12 is seen as weak and easily influenced. While there is no way of knowing for sure how high up on the list BYU is in expansion candidates, if the Big 12 backs down to several LGBT group, the conference will prove themselves the laughing stock of college football.

The statement from Athlete Ally goes on to say, “BYU’s policies go against everything the Big 12 stands for. Their member schools are very progressive.”

Ah, yes. There it is. “Progressive.” The classic word that the far-left uses in place of “liberal”. First off, the Big 12 does not stand for or against LGBT communities. I like to think all Big 12 Universities are accepting of people of all races, backgrounds, and affiliations. But, I have yet to see the Big 12 holding their own conference-wide gay pride parade.

So, Athlete Ally is simply trying to trick the Big 12 into thinking they are strongly against the honor code of BYU and, as a result, cannot invite them into the conference.

Will it work? With the flimsy Big 12, it just might. Should it work? I sure as hell hope not. If it does, it’s another attack on freedom in this country, which is all groups like Athlete Ally are trying to do. They don’t believe in freedom, unless it’s freedom they agree with.