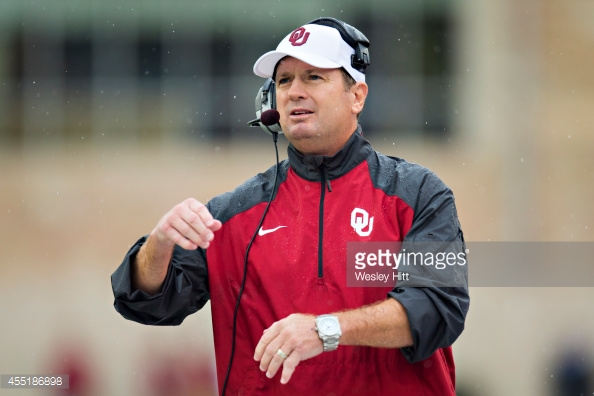 Lost amongst all the conference realignment chatter is the long-term thought that the Big 12 may no longer exist in ten years. Possible? Sure. Likely? I hope not.

As it has in the past, a lot of this will hinge on the happiness of Texas and Oklahoma. They are the straw(s) that stir the drink in the Big 12. If either or both want out, the Big 12 is unofficially over as a Power 5 Conference. In recent days, there is portion of OU fans who want to see their beloved Sooners bolt for the SEC.

Right now, the Sooners have it good. No, they actually have it great. They are the gold standard of the Big 12 behind a President, AD, and Coach who have been together for over 15 years. As a whole, they are a sign of consistency in college athletics across the country.

I get it. Fans are fed up with Texas. But, isn’t that being short-sighted? Oklahoma is who it is, in large part, because of Texas. Look at what has happened to Texas A&M, Missouri and Nebraska since they got fed up with the mighty Longhorns and expected a brighter future elsewhere. There is a strong argument to be made that each of those teams should have stayed put in the Big 12 and would be better off today, at least on the football field. A&M fans can point to their first season of success, Missouri can point to two SEC East titles, but do you believe there is eternal happiness for both? Or do you believe K-State head coach Bill Snyder, who said at Big 12 media days he knows of at least two teams who want back in the Big 12.

If we call it how it is, Oklahoma is the 28th most-populated state in the country and Oklahoma City is TV market number 45. Yes, OU is a national brand, but the Sooners are built on their history, great fan base, and… rivalry with Texas. OU’s value is not in population or TV market.

If OU bolts for the SEC, they could be looking at a gauntlet of a schedule in the SEC West, playing the likes of Alabama, Auburn, Ole Miss, Arkansas, etc. over a several week span. It sounds fun on paper. “Oh, a road trip to Tuscaloosa! I’ve never been there!” “Yes, can’t wait to catch a game and check out the scene in Oxford!” That gets old after a year or two.


After that, Sooners fans want to win National Championships. What’s the best avenue to do that? Staying in the Big 12, remaining the alpha male, and rolling into the College Football Playoff. OU in the SEC West would be lucky to see an SEC Championship Game once every ten years.

Of all the schools who have moved around in recent years, find me one who definitely has a happier fan base. Colorado? Nebraska? Texas A&M (maybe)? Missouri? Maryland? I would argue Louisville (ACC), Rutgers (Big 10) and West Virginia (Big 12) are happy with how things worked out. But, that’s mostly because their old conference, the Big East, was on death’s door.

The best thing for OU is to focus and build a strong Big 12 conference where it is one of two major power brokers. You think the OU hierarchy would have any say in what goes on in the SEC war room over its first several years in a new conference? No chance. Folks at Bama, Tennessee, Florida, Auburn, and Georgia would treat them like the new kid at school and let them speak … when spoken to.

I realize fans are fed up with some of the muscling and nonsense politics Texas plays far too often. I get it and it’s very understandable. But, the grass is not always greener on the other side. If anyone should realize that, it’s the Sooners and their fan base. They don’t have to look that far or remember that long ago to get a reality check.