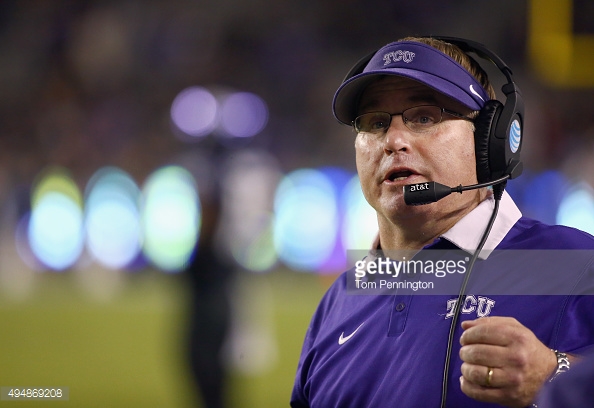 When you have a good one, you can’t let ’em go. TCU continues to do its best to make sure that doesn’t happen with head football coach Gary Patterson.

After 16 seasons and 143 wins, TCU AD Chris Del Conte announced that Patterson has been re-signed to a contract that will last into 2022.

Take a ? at what stability looks like. Congrats to @TCUCoachP for ✒️ an extension to 2022. https://t.co/NxRxzljxjd pic.twitter.com/wdbHOeebvh

“Gary Patterson is synonymous with TCU and Forth Worth,” Del Conte said in a press release. “His value to our community goes way beyond the football field. It’s obviously a great day for our Horned Frogs family when Coach Patterson reiterates that TCU and Fort Worth are his home.”

Patterson is already the all-time winningest coach at TCU, with the Horned Frogs winning 10 or more games in 10 of the past 14 seasons.

Patterson is the third-longest tenured current FBS head coach, trailing only Oklahoma’s Bob Stoops and Iowa’s Kirk Ferentz, who each took their respective jobs in 1998, two years before Patterson.

TCU opens its season on Sept. 3 with a home game against South Dakota State.